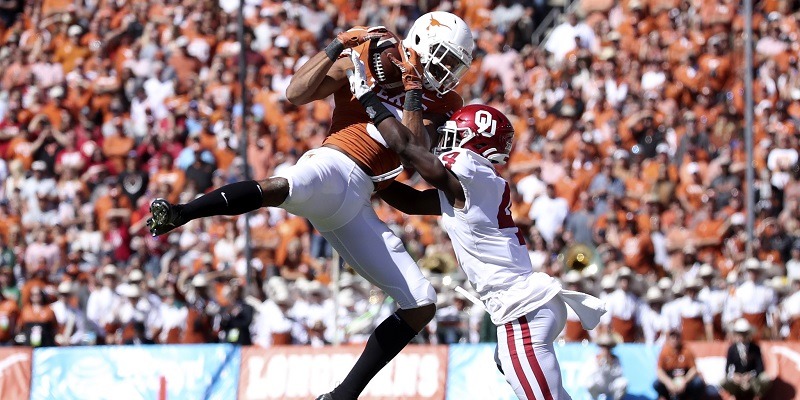 Johnson has terrific bloodlines, with his father, uncle and brother all playing at least college football and his dad, Johnnie Johnson, earning a spot in the College Football Hall of Fame and playing 10 seasons in the NFL as a defensive back. Collin Johnson finished with 188 career catches for 2,624 yards and 15 touchdowns in 44 games, though his production slipped (38 catches, 559 yards, three TDs) as a senior.

Johnson sat out drills at the NFL Scouting Combine with a hip flexor injury sustained during training, preventing scouts from answering questions about his long speed.

Johnson is a massive perimeter receiver with rare height, long limbs and smooth acceleration. Reliable hands, including when working his way back to the quarterback and snatching passes away from his frame. Rolls off the line of scrimmage and shows good build-up speed, forcing defensive backs on their heels. Good balance and body control as a route-runner, showing the ability to snap off breaking routes to complement his gliding deep-ball prowess. Passionate downfield blocker.

With very long legs, Johnson (like most tall receivers) is unable to change directions as fluidly as smaller, quicker pass-catchers, limiting him to the split end role in most offenses. Johnson can shake free against sticky coverage but is more savvy than sudden as a route-runner. Was virtually erased by LSU in 2019 (three catches for 49 yards). Needs to play up to his size more consistently and bully smaller corners with the ball in the air, having one of his few chances vs. LSU ripped away from him.

Kenny Golladay, Detroit Lions — Classically-built split end with an exciting combination of height and build-up speed, Johnson projects as a potential big-play threat and perhaps even No. 1 receiver.