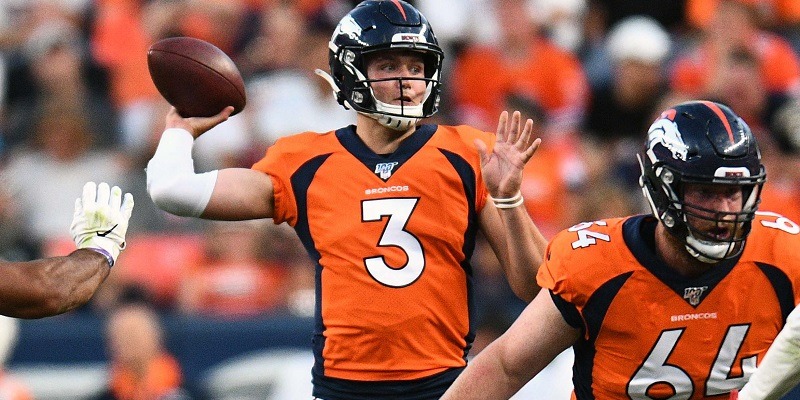 Wide receiver
The Broncos resisted a move for a wide receiver in free agency because of the draft’s outstanding class. Alabama’s Henry Ruggs would pair perfectly with Courtland Sutton, but he might be gone by 15th overall. Crimson Tide teammate Jerry Jeudy or Oklahoma’s CeeDee Lamb might be available. In Round 2, options could include TCU’s Jalen Reagor or Arizona State’s Brandon Aiyuk.

Cornerback
A.J. Bouye was a nice find via trade, but he might not be a long-term solution given his contract situation. Chris Harris is gone, and Bryce Callahan didn’t play a snap in 2019 due to an injury. The Broncos need another option here, either outside or in the slot. Clemson’s A.J. Terrell or LSU’s Kristian Fulton might be there in Round 2.

Center
Graham Glasgow should play right guard, leaving unproven options Austin Schlottmann and Patrick Morris at center. The Broncos could look for a starter in Round 2 or 3, perhaps Michigan’s Cesar Ruiz or Temple’s Matt Hennessy.

Defensive line
Trading for Jurrell Casey filled a major hole, and Shelby Harris was re-signed, but only on a one-year deal. Dre’Mont Jones (2019 third-rounder) needs major improvement against the run.

Inside linebacker
Vic Fangio would prefer a better coverage man to pair with bruiser Alexander Johnson. A middle-round prospect could make sense.

Although Denver won a Super Bowl after the 2015 season, John Elway’s draft record was awfully spotty until 2018.

Only blocking tight end Jeff Heuerman remains from 2015, and while 2016 produced several contributors, it was headlined by mega-bust quarterback Paxton Lynch. The 2017 class is nearly washed out already, with Garett Bolles on very thin ice and second-rounder DeMarcus Walker a disappointment.

But the next year turned things around, headlined by Bradley Chubb and Courtland Sutton, who look like future stars. The 2019 class has also shown early promise between Noah Fant and Dalton Risner. Whether or not Elway struck gold depends on Drew Lock’s future as the starting quarterback.

Best pick: WR Courtland Sutton, R2 2018: Chubb has also been great, but he was an easy choice as a top-five talent. Sutton has impressed from the start despite lacking quality quarterback play.