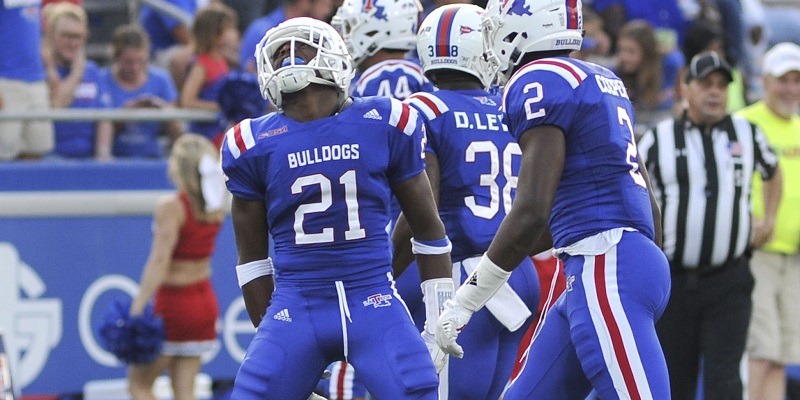 Robertson led the FBS in passes defensed (48) and interceptions (14) over the past three seasons, including a combined five interceptions in three bowl wins. He returned the first one 45 yards for a TD to cap an All-American true freshman season.

Robertson did not work out at the NFL Scouting Combine after sustaining a groin injury during his pre-combine training.

Robertson has a compact, power-packed frame more in line with playing running back than corner. Despite his build, he shows terrific initial quickness, agility and fluid acceleration to handle coverage duties, demonstrating above-average overall athleticism for the position. Most exciting is that Robertson is a better football player than athlete, showing terrific instincts, route recognition and a knack for creating big plays. Trusts his athleticism to handle covering his own receiver and sneaks peeks at the quarterback, immediately leaving his primary assignment if the ball is headed elsewhere to make a play.

Robertson’s sawed-off frame (5-8, 30 1/4-inch arms) could take him off the board for teams that prioritize height and length. While a physical and accurate hitter, his lack of length does show up with his tackle radius. Can be physically overmatched by some of the NFL’s behemoth receivers. Played mostly outside at Louisiana Tech, but size and scrappy style project best inside to slot. Dominated lower level of competition and faces a steep jump to the next level.

Nickell Robey-Coleman, Los Angeles Rams — It is easy to see similarities with the 5-8, 180-pound Robey-Coleman, an instinctive, physical defender who left USC with a similar knack for creating turnovers.