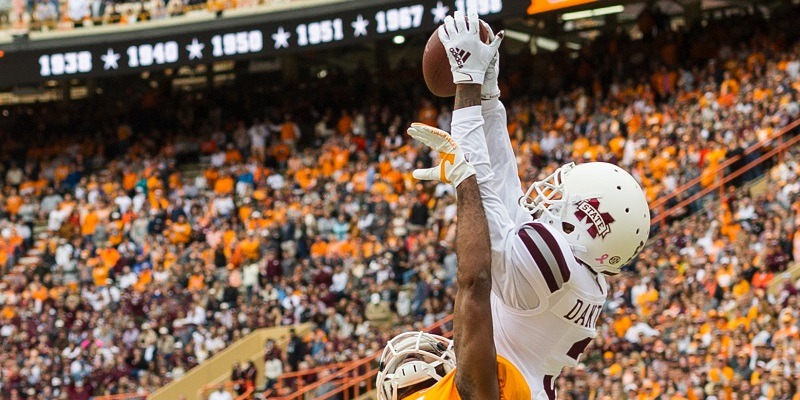 A two-year starter, Dantzler finished with five interceptions and 20 pass breakups, plus 108 career tackles (six for loss) and 1.5 sacks. He earned second-team All-SEC honors as a redshirt sophomore in 2018. He allowed 36 catches for 459 yards on 568 coverage snaps in the past two seasons, according to Mississippi State.

Dantzler had one of the more concerning workouts at the NFL Scouting Combine, posting the second-slowest 40-yard dash (4.64 seconds) among cornerbacks. That’s critical at a position where the 40 is especially important.

Dantzler has very good size that jumps off the screen. An imposing player who can match up well with bigger receivers. He plays a lot of off-coverage, including some looks at safety, which may give him some positional versatility at the next level. It was rare when the coaching staff allowed him to play press coverage, but when he did, his long arms were able to disrupt timing. One of the few cornerbacks to give trouble to top wideouts like Ja’Marr Chase and Henry Ruggs.

Dantzler’s footwork can be a struggle at times. With as much off coverage as he plays, there is some wonder about his ability to turn his hips and run with opposing receivers, a concern that only grew after his poor testing at the combine. A good player with the ball in the air, but he needs to focus on finishing interceptions when they come to him. For someone his size, he’s beaten too easily by running backs when blitzing. He struggles to rush with power and doesn’t have the wiggle to win with elusiveness.

Josh Jackson, Green Bay Packers — Jackson had better ball skills than Dantzler will coming out of Iowa, but the two are otherwise similar. Both have good size to match up with outside receivers and the ability to play in man coverage, but little experience doing so. There might be a steep learning curve depending on the scheme Dantzler gets drafted into, but the talent is there.