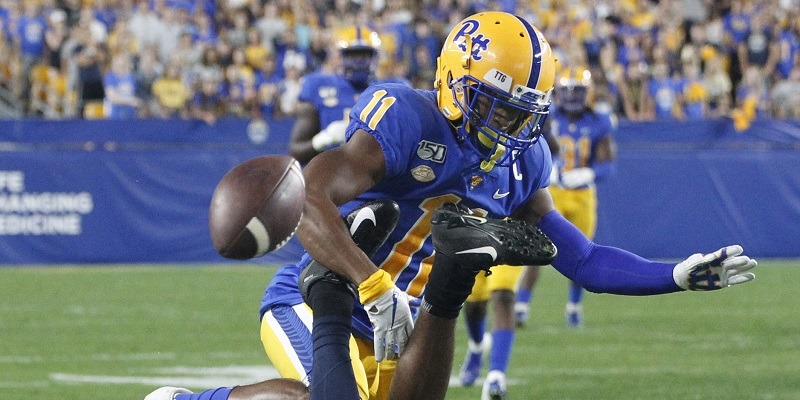 Jackson is a former two-star recruit as a dual-threat QB. He started in the final three years of his career at Pitt, earning a captain’s role in 2019. He finished his career with 148 tackles (nine for loss), four interceptions, 43 passes defensed.

Jackson shined at the Senior Bowl, with some dubbing him the top cornerback during the week, but he had a shaky workout at the NFL Scouting Combine, finishing below average in each of the testing drills.

Jackson has a wiry, athletic frame with long arms, feather-light feet and greasy hips. Confident cover corner who stays square as receivers begin their approach, showing patience and the fluid transition to turn and run with opponents. Anticipates routes nicely and undercuts receivers to keep himself between the quarterback and his intended target. Long arms and active hands to slap at the ball as it arrives. Has played both outside roles as well as inside. Put some big hits on tape.

While a confident cover man at his best in the face of receivers, Jackson is overly reliant on his hips and feet to run, rarely extending his arms to jam and disrupt receivers’ timing off the line. Gets handsier as the route progresses. Needs to do a better job of turning to locate the ball, rather than simply face-guarding (Virginia). Natural cover corner but shows that mentality too often in run support, allowing teammates to do the dirty work when he can.

Jaire Alexander, Green Bay Packers — Jackson didn’t test as well as Alexander (the 18th overall pick two years ago), but both profile as classic cover corners with the raw athleticism to shadow receivers. Jackson’s slight frame and inconsistent physicality are red flags, but not enough to keep a team from gambling on his man-to-man skills.