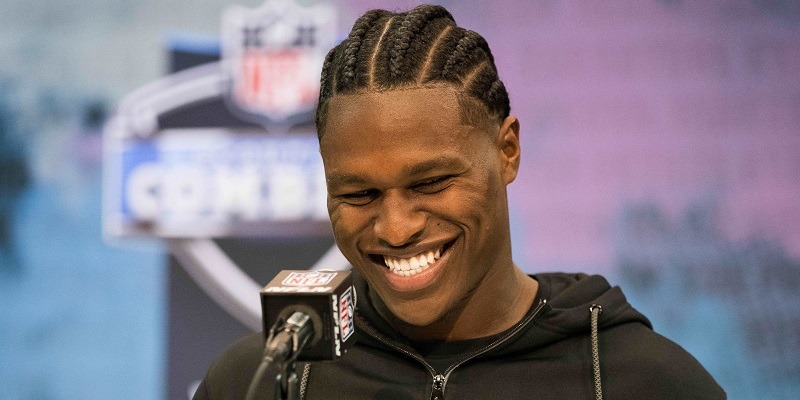 A five-star recruit, Holmes started the 2017 season-opener and led the team with three interceptions that season. While lacking the height (5-10) scouts would prefer, he plays big, collecting 120 tackles in three seasons and breaking up 17 passes with eight interceptions. He offers big-play ability as a returner, taking two interceptions back for touchdowns and scoring on a 93-yard kick return.

Holmes talked the talk and walked the walk with an impressive (and boisterous) performance at the Senior Bowl, able to participate as a graduated junior. He didn’t do the full athletic testing at the NFL Scouting Combine, but he checked a box with a 4.48-second 40-yard dash.

Holmes is short but not small, with a compact, athletic frame featuring good overall musculature. Generates impressive depth with low, tight backpedal, which he seamlessly turns out of in either direction, exhibiting instant acceleration — especially on lateral routes like drags and crossers. Rarely in poor position due to quickness and impressive route-recognition. At his best up close in press coverage, typically relying on his swivel hips and instant jets. Enjoyed a strong week of practice at the Senior Bowl.

Size limitations likely will push Holmes almost exclusively inside to the slot in the NFL, where he still will face plenty of monster-sized pass-catchers. Like other short corners, his lack of ideal length is especially problematic on deep fades with accurate passes thrown over the top. Can get in trouble when he decides to jam receivers at the line, missing too often.

Robert Alford, Arizona Cardinals — Speed and grit have made the 5-10 Alford a quality starter with 10 interceptions (two returned for touchdowns) in the NFL. Holmes could survive outside like Alford, but he might thrive in the slot.