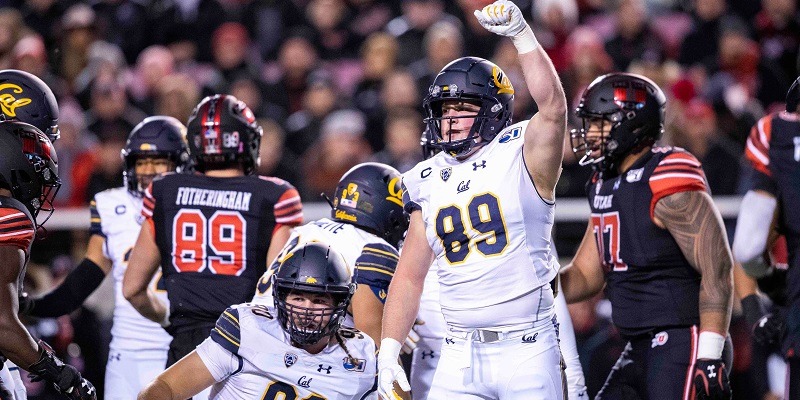 Weaver was the 2019 Pac-12 Defensive Player of the Year, setting the school record for tackles by surpassing Hardy Nickerson’s 167 in the regular-season finale. He set the Pac-12 single-season record (182) with nine tackles in the Redbox Bowl against Illinois. One of three team captains, he had a single-game-best 22 tackles and averaged just shy of 15 per game in 2019. He leaves Cal with top production despite not starting full time until his junior season, having converting from defensive end in 2016.

Weaver was below average in the 40-yard dash (4.76 seconds) and the jumps at the NFL Scouting Combine, but he did show quickness by tying for the second-fastest short shuttle (4.21) among linebackers.

Weaver has superior key-and-diagnose skills, playing faster than his timed speed. Attacks the line of scrimmage like a running back. Top spatial awareness and body control to squeeze into lanes and bury interior runs. Smooth to accelerate outside, beating most backs to the perimeter with instincts. Utilizes his long arms and heavy, active hands to rip free from blocks efficiently. Unafraid of blockers in the hole. Tackles chest to chest. Attentive and productive in coverage. Useful and experienced out of blitz packages, utilizing route-awareness and length to knock away passes (11 PBUs since 2017). Surprising agility. Flawless durability — no known injuries or missed games dating to high school.

Weaver relies heavily on instincts, showing just average point-to-point speed on tape. Rarely asked to drop deep into man coverage, pouncing on backs and tight ends in the flat or shallow crossers that don’t expose limited change of direction and speed. Technique-challenged as a pass rusher, relying on simple bull rushes and tenacity to blow through would-be blockers on his way to the quarterback. Statistics were inflated due to Cal’s scheme funneling the action to inside linebackers.

Blake Martinez, Green Bay Packers — Combining Jedi instincts with underrated functional football speed and a tenacious playing style, Weaver is in many ways the classic inside linebacker, projecting as a future productive starter, just as Martinez (selected No. 131 overall in 2016) has proven to be in Green Bay via Stanford. Physical limitations and lack of twitchiness could make him a draft-bay bargain.