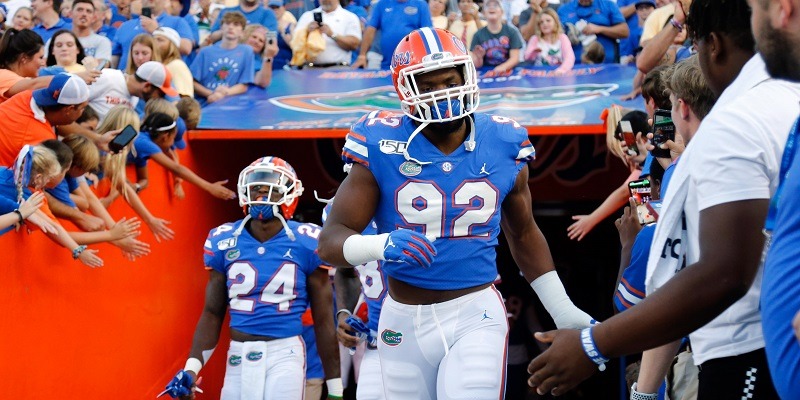 Zuniga had three sacks in the first two games of 2019 but suffered a high-ankle sprain Sept. 14 and was limited to six games, finishing with seven tackles for loss. He compiled 18.5 career sacks, with a high of 6.5 in 2018.

Zuniga had a strong week at the Senior Bowl, impressing on the edge and also as an interior pass rusher. He had a terrific workout at the NFL Scouting Combine, posting the second-fastest 40-yard dash (4.64 seconds) and the best broad jump (127 inches) among D-linemen.

An, athletic, high-cut edge rusher, Zuniga flashes impressive get-off and terrific closing speed to go along with long arms and active, physical hands. Tools suggest his best football may still lie ahead of him. Can blow by offensive tackles when he times the snap correctly, exploding out of his stance and coordinating his upper and lower body with effective dip-and-rip and push-pull moves. Plays bigger and stronger than his listed size suggests, earning snaps inside at defensive tackle and setting a firm edge against the run. High-motor player who surprises ball carriers with his closing speed when he has a lane, generating explosive collisions and often immediate takedowns.

Zuniga is not yet the sum of his parts, flashing elite traits but too rarely stringing them all together on the same play. For example, while he is quick once he gets moving, he too often mistimes the snap and is literally the last lineman to move on either side off the ball. Although his galloping strides eat up ground quickly, Zuniga has some core stiffness that limits efficient change of direction and balance.

Frank Clark, Kansas City Chiefs — The 6-3, 260-pound Clark lasted until the 63rd pick of the 2015 draft due to inconsistent tape and character red flags. Zuniga’s injury-shortened senior campaign is a concern, as are his flaws, though most appear correctable. His best season (6.5 sacks in 2018) was less than a team investing a top-50 pick would be expecting. But with his length and explosiveness, the upside is there to warrant the gamble.