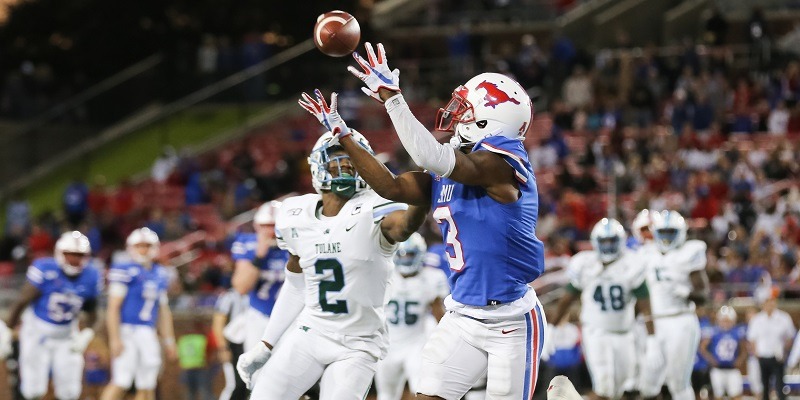 An ultra-productive college receiver, Proche averaged 20.4 yards per catch as a sophomore before putting up huge numbers in coach Sonny Dykes’ Air Raid offense. He  caught 204 passes for 2,424 yards and 27 touchdowns over the past two seasons.

Proche’s long speed is best described as sneaky dangerous. His fiery feet allow for a lot of creativity with his routes, and he displays outrageous flashes of body control on a regular basis. Able to elevate and high point the football like few small receivers can. Unpredictable routes will leave corners on high alert at all times trying to match him. Technically sound with both his feet and hands. Route precision checks the desired boxes. Aggressive blocker who takes the fight to defenders and won’t let them off the hook easily.

Proche struggles with escaping press coverage, likely relegating him to the slot. Fails to get consistent separation out of his routes, and may struggle to get open as a pro. Lacks the elusiveness or strength to win after the catch. He works hard to maximize his catch radius, but it’s still small for the position. Outmuscled by most opponents, leading to drops in traffic. Flash plays aren’t able to make up for the frequent lapses of concentration.

Michael Campanaro, retired — Much like Campanaro, Proche will be relegated to working in the slot as a pro, given his lack of size. He may struggle to crack the starting lineup early in his career, but could turn into a key piece of a receiver room in time.