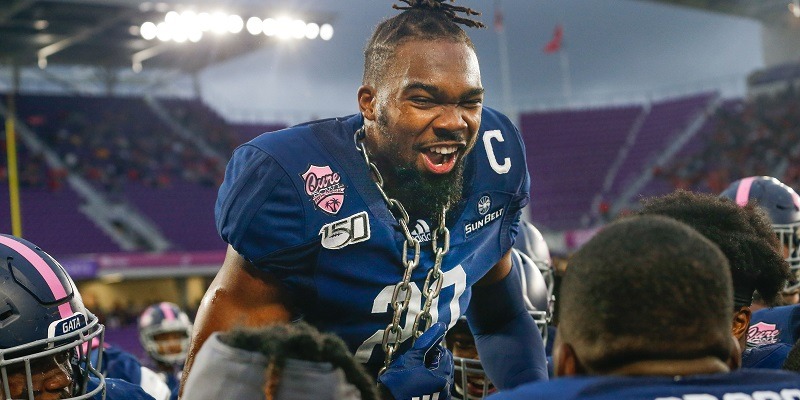 A two-time first-team All-Sun Belt performer, Vildor finished four-year career with nine interceptions and 33 passes defensed. He wasn’t afraid to get his nose dirty, totaling 7.5 tackles for loss over his final two seasons.

Vildor showed his confidence and physicality at the Senior Bowl, though it backfired at times late in the week. He had an excellent all-around workout at the NFL Scouting Combine, running a 4.44-second 40-yard dash (T-seventh among CBs) and crushing the jumps, tying for third in the vertical (39 1/2 inches) and second in the broad (133 inches).

Vildor is a confident corner who tested very well and trusts his abilities. Great at anticipating screens and snuffing them out early (nine career TFLs). May be a safety convert thanks to football intelligence and toughness. Directed traffic for some of his teammates when they made mistakes. Is always engaged when he gets a shot to play the ball and interrupt the catch process. Willing to be patient as receivers attack cushion and close distance against him.

An awkward backpedal prevents Vildor from staying in tune with receivers. Despite great testing numbers, can’t get back into the play once he takes a misstep and gets stuck behind the receiver. Faced a lower level of competition at Georgia Southern, and usually received a lot of cushion to work with. Overwhelmed in the run game and picks imprecise angles when trying to pick through traffic.

Kevin White, retired — Plenty of smart corners make up for limited mobility by being tough and aggressive when the ball is in the air. The problem is that most of them don’t make it beyond special teams work once they get to the next level. Vildor ran faster than White, but he’ll have to prove that can translate on defense in the pros.