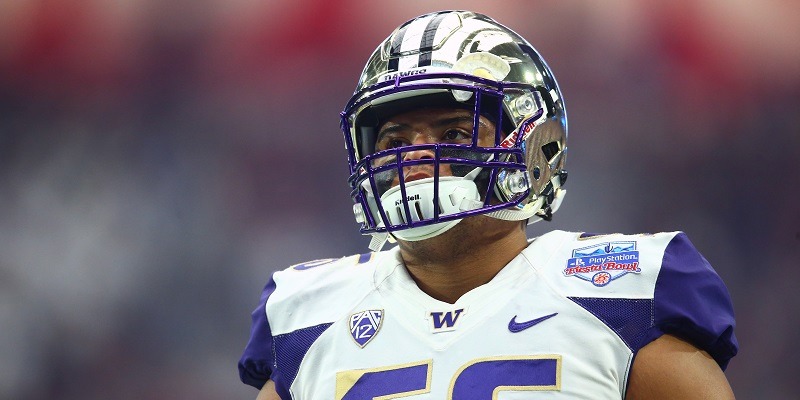 Harris surprised many by weighing in under 300 pounds at the Senior Bowl and struggling as the week went on. He rebounded at the NFL Scouting Combine, showing good mobility and explosion.

Harris has rare foot quickness for an interior lineman. Dances to the second level and adjusts in a flash, cutting off pursuit angles of linebackers and defensive backs. Lacks an imposing frame but uses natural leverage advantage to get under the pads of opponents. Uproots the competition and anchors well against bull rushers. Harris’ lateral agility and balance in pass protection, where he is able to mirror opponents and adjust late to surprise blitzes and twists, are NFL-caliber. Sticky hands. Latches onto defenders and shows good hand strength and leg drive to finish blocks. Top competitor, showing some nastiness to pancake opponents when he feels them off balance. Projects best at center but has extensive experience at guard.

Harris is hardly the prototype and won’t win any beauty contests with scouts due to his short, stubby frame. Lack of height leaves him a bit vulnerable to swim moves. More of a wall-off, positional blocker who wins with quickness. Not a brute dominating with power. Occasionally overextends himself, though he synchronizes his upper and body well, rarely drawing flags despite wrestling opponents.

Rodney Hudson, Oakland Raiders — Size is one of the more overrated elements when evaluating prospects. Harris is shorter than Hudson, but don’t be surprised when he winds up emerging as a quality starter despite likely not being among the top 50 selections in the 2020 draft.