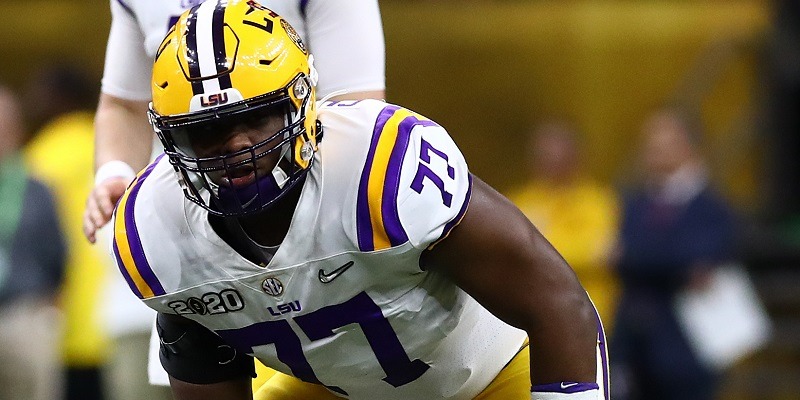 As the blind-side blocker for Joe Burrow in LSU’s biggest games, Charles played a critical role in the Tigers’ national title run. Injuries and potential off-field concerns complicate his draft grade, but he left LSU with 29 career starts and quality tape against elite competition.

Charles ran an excellent 40-yard dash (5.05 seconds) at the NFL Scouting Combine but did not do additional testing drills.

A highly effective and creative blocker, Charles incorporates impressive athleticism, length, functional strength and a variety of tricks to beat opponents. He is quick off the snap and does a nice job of riding opponents wide to protect the edge with long strides. Typically, this leaves blockers too far over their skis, but Charles is a balanced and coordinated athlete, shortening his gait when needed. His anticipation and versatility on a snap-to-snap basis really stands out on tape.

Charles possesses a slightly smaller frame than what some teams expect in an NFL offensive lineman, with relatively narrow shoulders and hips and short arms (33 inches). Needs more time in the weight room to develop his knockdown power, although his frame may be somewhat maxed out, meaning he likely is strictly a left tackle in the NFL. Requires some vetting after missing six games in 2019 due to “coach’s decisions.”

Charles Leno, Chicago Bears — While Charles’ lack of prototypical size is concerning, there are examples of effective offensive tackles even smaller, including the 6-3, 305-pound Leno, who has started the past 64 consecutive games on the blindside in Chicago.