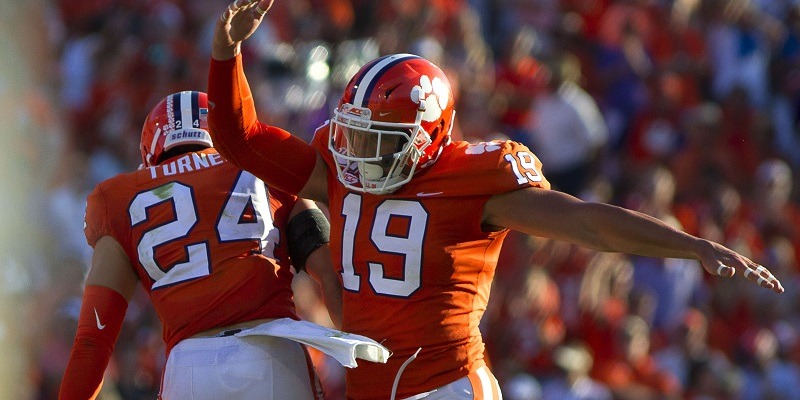 Muse played a variety of roles across five years at Clemson. After redshirting in 2015, he saw rotational time in 2016 before taking over as a starter in 2017, playing mostly as a centerfield safety. He broke up 10 passes and had 118 tackles (4.5 for loss), two sacks and two interceptions from 2017-2018. As a redshirt senior, he moved into a hybrid role near the line of scrimmage and totaled four interceptions, 54 tackles (5.5 for loss) and 1.5 sacks.

Muse accepted his invitation to the Shrine Bowl, then surprised at the NFL Scouting Combine by running a 4.41-second 40-yard dash, faster than all but one linebacker.

Muse has excellent size and length for the safety position, packing a serious punch. He plays with a physical edge, flying to the ball and tackling violently, providing the kind of energy that can galvanize a defense. He has experience lining up all over, from centerfield to deep-half safety to box safety/dime linebacker or the overhang player in nickel packages. He’s aggressive moving forward and can work through blocks and contact to find ball carriers. Muse also shows sharp awareness in zone coverage, not being easily baited, and quality ball skills.

Muse moves pretty well for his size, but he’s not mobile enough to survive full-time at safety in the NFL. Despite great timed speed, he’s a bit stiff laterally and doesn’t have overly quick feet, showing choppy transitions while dropping into coverage. His tools suggest he could be a matchup piece against tight ends, but he rarely saw man-to-man assignments and was often a weak link in coverage. With a likely transition to linebacker, Muse must hone his instincts and ability to read run fits and work off blocks. That is certainly doable, but it’s a projection that requires a leap of faith.

Kyzir White, Los Angeles Chargers — White has done well in the transition from college safety to NFL linebacker for the Chargers, and Muse plays with a similar combination of physicality and instincts. At bare minimum, his straight-line speed should make him a special-teams weapon.