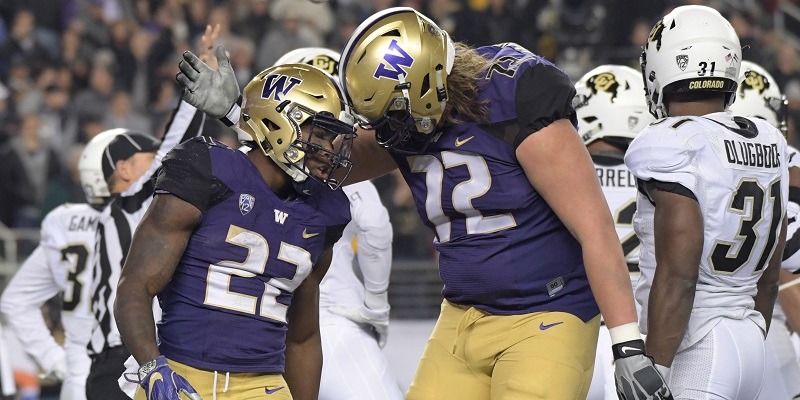 The technically-sound, 45-game starting left tackle has shown impressive resiliency in battling back through injuries (knee, back, lacerated kidney, concussion), some of which were characterized as potentially career-threatening. Adams earned first-team All-Pac-12 honors in 2016 and again in 2019, after getting healthy.

Adams disappointed across the board at the NFL Scouting Combine, posting the worst 40-yard dash (5.60 seconds), vertical jump (24 1/2 inches) and broad jump (92 inches) of any player at any position.

Adams is a tall, imposing player with a condor’s wingspan and the footwork of a ballerina. Terrific initial quickness off the snap, easily sliding to his left to force pass rushers to run a wide arc. Regained the light feet and body control in 2019 that he’d shown prior to knee and back surgeries. Shows his experience in picking up surprise blitzes and switching off on combo blocks. Combines stellar footwork with great length, winning the tale of the tape due to his vine-like arms.

Adams is not the earth-mover in the running game that his size suggests, relying more on quickness and angles to seal off defenders. He is often stood up at the line of scrimmage, failing to generate consistent movement at the point of attack. Comes with significant medical red flags after missing most of the 2018 season due to back surgery to repair a bulging disk and half of the 2017 season for a torn (right) ACL.

Nate Solder, New York Giants — Like the 6-9, 316-pound Solder, Adams’ game is more about agility and length than dominating power. The Patriots nabbed Solder 17th overall in 2011, with a similarly pass-heavy offense being an ideal match for the long and light-footed Adams.