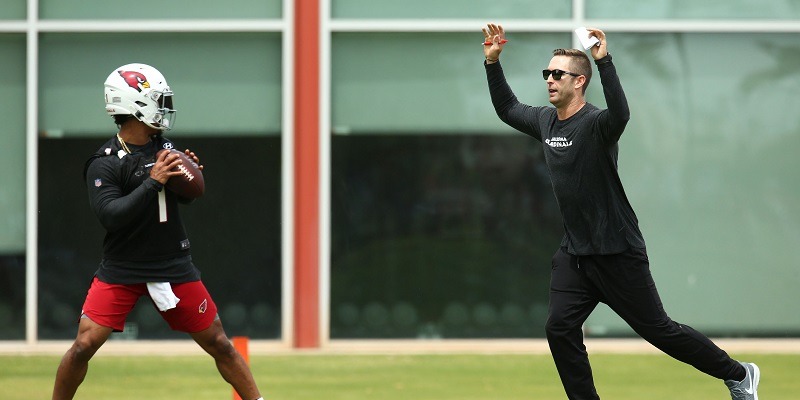 When you have a season as disastrous as Arizona’s 2018 campaign, blowing everything up and starting over is understandable. Even so, it’s hard to argue head coach Steve Wilks or Rosen deserved to be sent packing after just one year. Of course, Wilks’ replacement — Kliff Kingsbury — had everything to do with why Rosen was shipped to Miami, as Kingsbury wanted Murray to run his Air Raid offense.

Many might prefer Murray to Rosen, but Rosen was widely viewed as the better prospect coming out of college, and a horrible supporting cast did him no favors in 2018. More importantly, the Cardinals could have had Rosen and Nick Bosa (or Quinnen Williams), but instead wound up with Murray and Isabella (the 62nd pick in return for Rosen). It’s difficult to agree with that tradeoff.

Arizona also churned the roster elsewhere, adding three players (Alford, Reed, Clay) before free agency even began, reinforcing the offensive line with Gilbert (via trade) and Sweezy (free agency) and adding Hicks and Suggs to a defense that slipped last season. The draft brought all sorts of potential contributors, with Murphy, Allen, Isabella and Butler all having a chance to grab a role early, and Murray very likely to start.

–If you believe in the coach-QB combo, go right ahead with the over on Arizona’s 5.5-win total. The defense and offensive line should be at least marginally improved, and Murray could win a game or two on his own.

–Would you rather take Murray or David Johnson (both at +6600) as a longshot to win MVP? Given Johnson got zero votes after a transcendent 2016 campaign, we’d lean heavily toward Murray.

Kingsbury and Murray must hit for Steve Keim’s risky offseason to be a success, which is far from a certainty. The Cardinals should be fascinating but most likely not major factors in 2019.