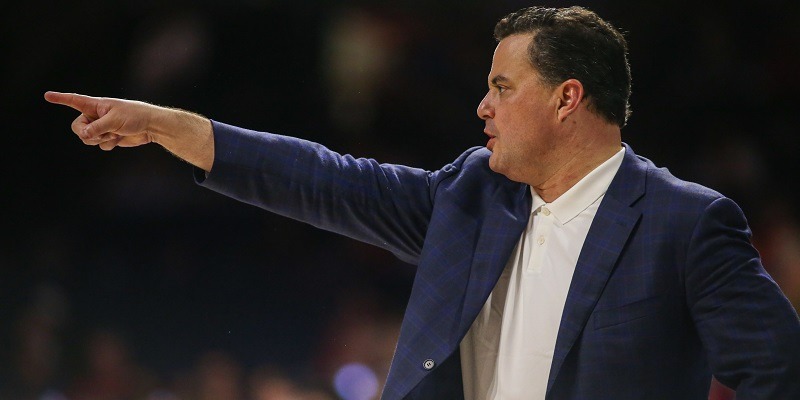 Sean Miller is out at Arizona.

Stadium reported Miller was fired with one year left on his contract.

Sean Miller met with both Arizona president Dr. Robert Robbins and AD Dave Heeke last night for more than an hour with no conclusion, source told @stadium. Then met again this morning and decided to part ways with Miller, who is owed about $1.5 million.

Faced with five Level I charges by the NCAA, Arizona had stood by Miller for multiple years. With one year left on his contract, Stadium said the university ended the relationship after meeting with Miller on Monday and Tuesday.

Miller, 52, previously coached at Xavier. He guided the Wildcats to five Pac-12 titles and appearances in the NCAA Tournament Elite Eight three ties.

The past four years of his tenure have been clouded by the federal investigation into college basketball’s pay-to-play scheme that also ensnared Louisville, Kansas and Auburn and was announced publicly in September 2017.