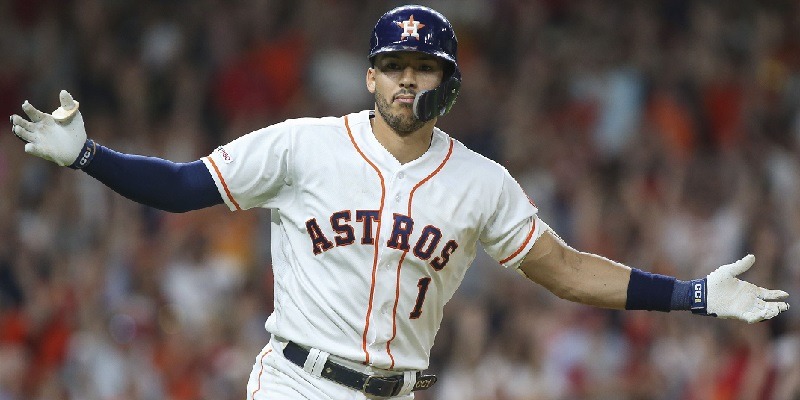 Houston Astros shortstop Carlos Correa will be sidelined four to six weeks with a fractured rib.
The team placed the 24-year-old All-Star on the 10-day injured list Wednesday.
Astros general manager Jeff Luhnow told reporters the injury happened Tuesday morning in Correa’s home but deferred to Correa to divulge the details.
Correa ranks second among American League shortstops in OPS (.907), home runs (11) and RBIs (35) and is third in slugging percentage (.547) entering Wednesday’s games.
Correa, who has not played since Sunday’s 4-1 loss to the Boston Red Sox, has committed just two errors in 173 total chances this season.
In a corresponding move, the Astros recalled infielder/outfielder Myles Straw from Triple-A Round Rock.
Straw batted .289 in 46 games for the Express with a team-high 16 steals in 18 attempts.
Straw, 24, appeared in nine games for the Astros in 2018. He was 3-for-9 with one homer, one RBI and two steals.
–Field Level Media (@FieldLevelMedia)