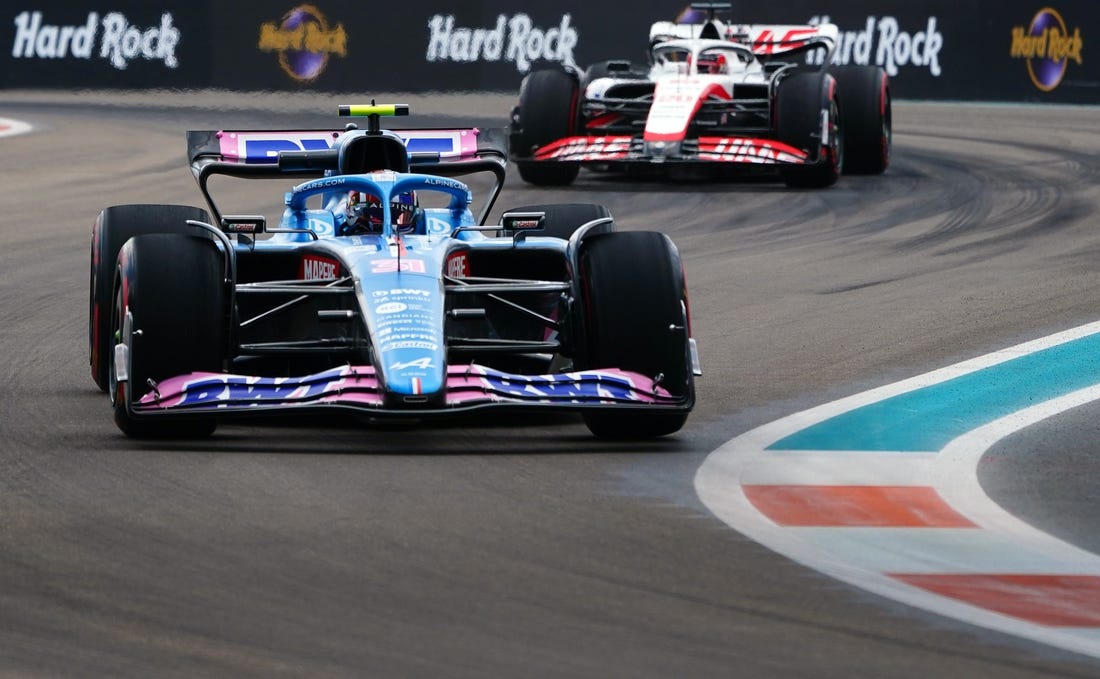 In July of 2007, it was announced that the United States Grand Prix’s controversial eight-year run at the infield road course at Indianapolis Motor Speedway would come to an end — and with it, perhaps Formula One racing in the U.S. for the foreseeable future.

American F1 fans sunk into depression. But not for long.

The United States Grand Prix returned in 2012 at Circuit of the Americas, a purpose-built, natural-terrain track built just outside Austin, Texas.

This year, the U.S. is being fed a second helping of F1 action with the debut of the Miami Grand Prix this Sunday.

Miami will be the fifth race on the 23-race schedule in 2022. It will give the U.S. two races in a single season for the first time since 1984 when races were held in Detroit and Dallas — or as one F1 writer quipped, in Motown and Moo Town.

F1 and its rekindled love affair with the U.S. will get even deeper next year when a race in Las Vegas is added to the schedule.

What’s up with all of this? F1 observers are crediting everything from the smashing success of Netflix’s “Drive to Survive” — a docuseries produced in collaboration with F1 — to better racing because of changes to the cars.

Sunday’s race will be held on a 19-turn, 3.36-mile layout around Hard Rock Stadium in Miami Gardens north of downtown Miami.

The track features a couple of long straights. That could favor the Red Bull car of Max Verstappen, who has won twice in 2022 and whose cars are loaded with straightline speed.

The current season has seen the Belgian-Dutch Verstappen, the 2021 champion, and Ferrari’s Charles Leclerc of Monaco emerge as the drivers to beat. Leclerc has won the other two grand prix thus far.

Notably absent from the top this year has been Mercedes’ seven-time champion, Lewis Hamilton. His cars have been hampered by “porpoising” problems and lack of straightline speed in relation to the Red Bull and Ferrari cars. Mercedes is reportedly putting revamped rear wings on the cars this weekend in hopes of solving its problems.

Then again, several teams will be unveiling changes in Miami.

A bonus for American fans this year has been the resurgence of the Haas F1 team. Owned by American Gene Haas, the team suffered as the worst team in the field the last few years. But armed with the new VF 22 chassis, Haas driver Kevin Magnussen sits 10th in points with 15. Teammate Mick Schumacher has shown speed as well.

Magnussen was brought on board after Haas gave the boot to Russian driver Nikita Mazepin, who is a strong supporter of Vladimir Putin and Russia’s brutal invasion of the Ukraine.