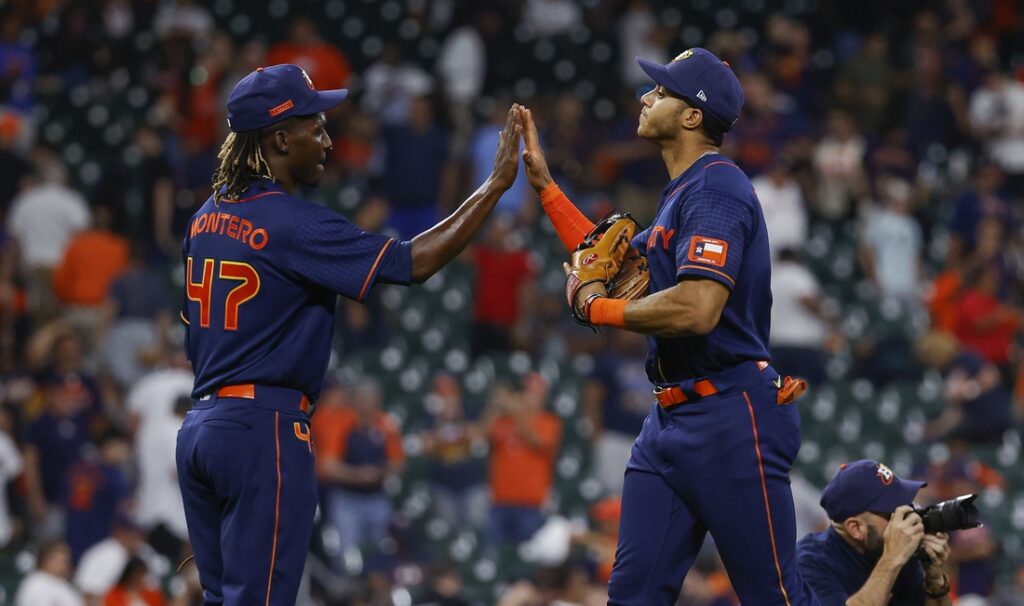 One unexpected benefit to Houston Astros closer Ryan Pressly missing his 16th game with right-knee inflammation on Monday was the continued development of late-inning options in his stead.

Houston right-hander Rafael Montero recorded his second save in locking down the host Astros’ 3-0 victory over the Seattle Mariners in the opener of a three-game series that will continue Tuesday night.

Right-hander Ryne Stanek earned the save in the Astros’ 4-3 victory over the Texas Rangers on Wednesday, while right-hander Hector Neris leads the club with seven games finished.

“That’s very important because you have guys (who are capable),” Astros manager Dusty Baker said of the closing options. “Stanek hasn’t done it as much as Neris and Montero, but he’s learning. When Pressly does come back and he goes a couple of days in a row, you have other guys that you feel comfortable putting in that role and situation.”

Right-hander Cristian Javier (1-0, 1.35 ERA) will start the middle game of the set for the Astros. Javier earned the victory in his first start of the season on Wednesday, limiting the Rangers to two runs on four hits and two walks with four strikeouts over five innings. He made his first three appearances out of the bullpen before joining the rotation.

Javier is 2-0 with a 0.53 ERA over five career games (two starts) against the Mariners.

Right-hander Chris Flexen (1-3, 3.38) is the scheduled starter for the Mariners for Tuesday. He has made seven starts of at least seven innings with no more than one run allowed since the start of the 2021 season, the most such starts in the American League in that span.

Flexen took the loss Thursday in his previous outing after allowing two runs on six hits and two walks with four strikeouts over 6 2/3 innings in the Mariners’ 2-1 setback to the Tampa Bay Rays.

Flexen is 0-4 with a 7.01 ERA in five career starts against the Astros. He held Houston to three runs on five hits and one walk with three strikeouts over six innings in a 4-0 loss on April 16.

As part of the league-wide mandate to set 26-man rosters after play on May 1, Seattle optioned left-hander Justus Sheffield to Triple-A Tacoma following Sunday’s victory in Miami.

Sheffield logged four scoreless relief appearances last month, but the club wants him to resume starting. Over the prior three seasons, Sheffield was 9-12 with a 5.28 ERA in 32 starts.

“We’re trying to get him stretched out a little bit if we would need a starter,” Mariners manager Scott Servais said. “Obviously he has starting experience; he’s had some success here.

“He’s always relied on the sinking fastball and the changeup, and the slider kind of got away from him last year. We’re going to focus on him throwing more sliders and getting that back into being a big weapon for him. He was doing that out of the bullpen, but he needs reps. He’s still a young pitcher, and we need to get more out of him than the random inning or two here or there.” 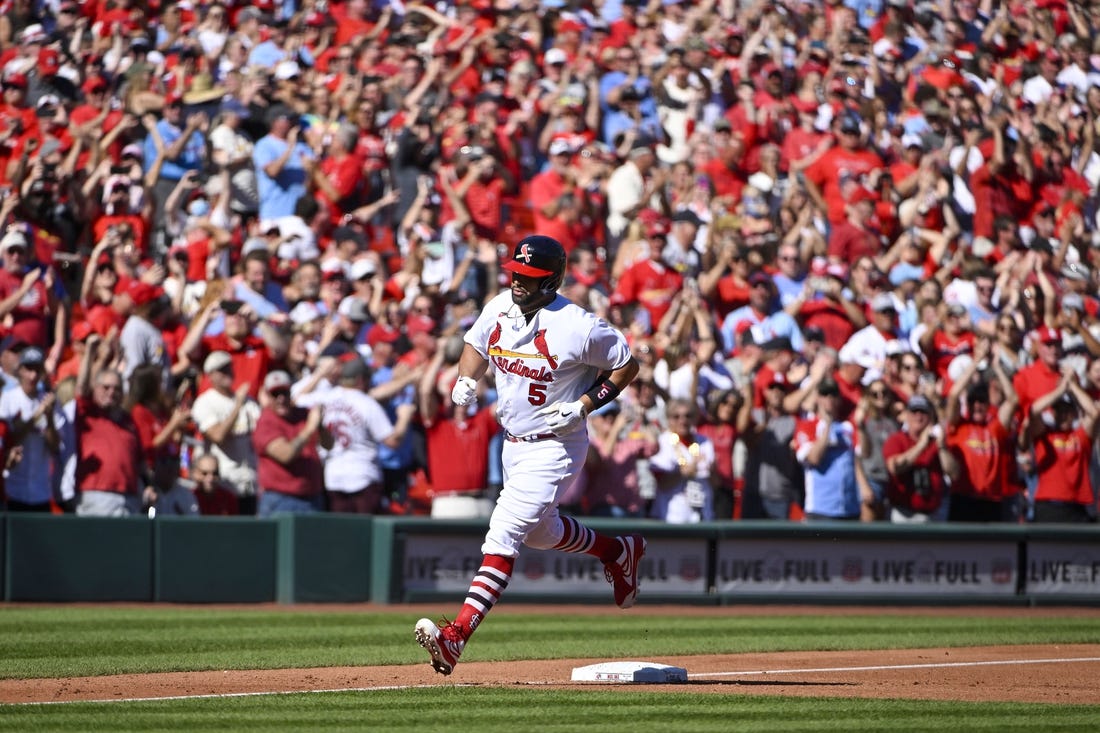 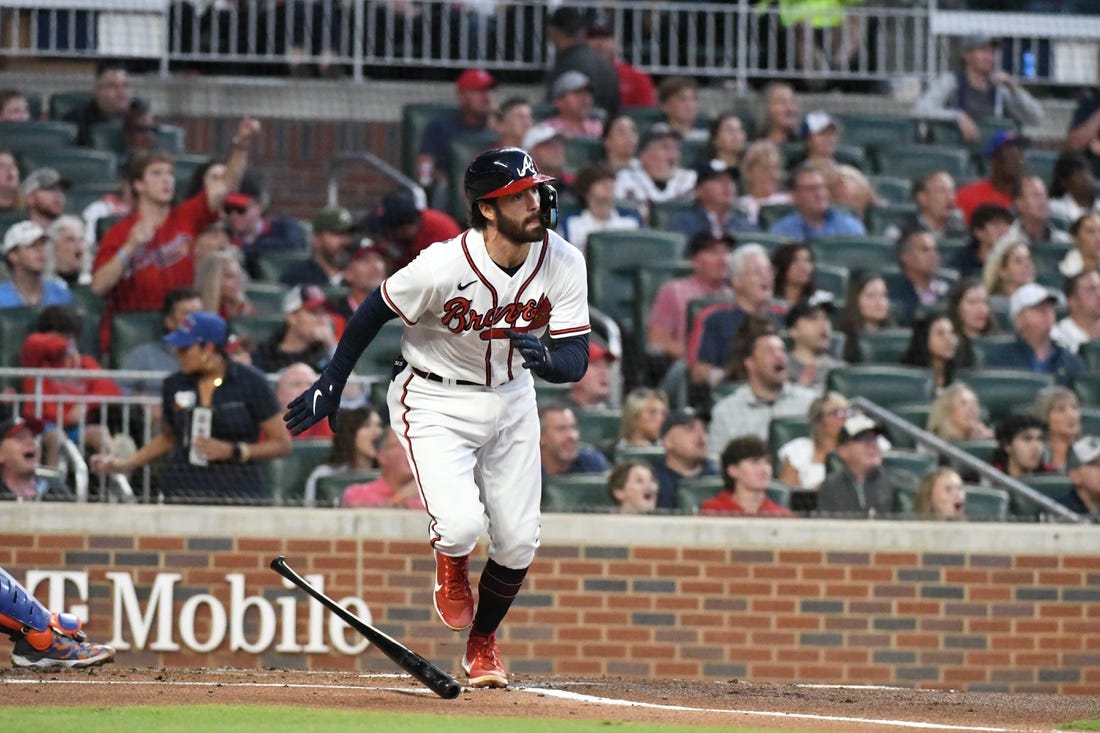 Dansby Swanson and Matt Olson both homered for the third straight game to lead host Atlanta to a 5-3 win over the New York Mets on Sunday, giving the Braves… 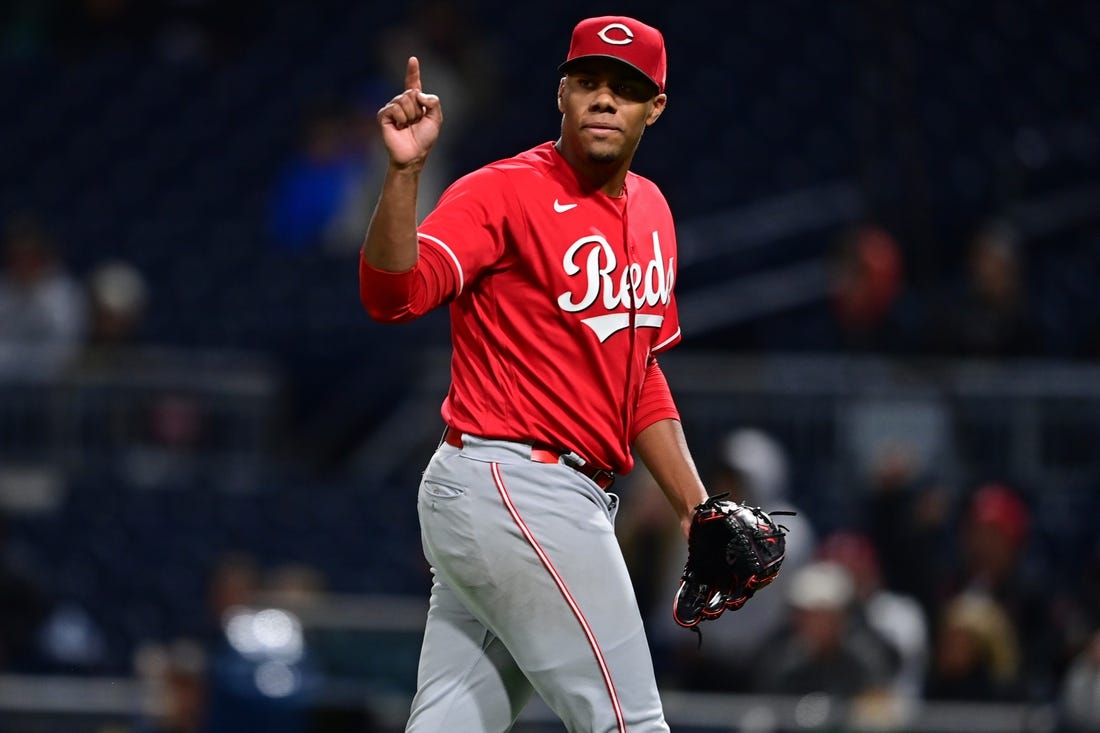 It hasn’t been a pretty ending to what could be just the second 100-loss season in franchise history for the Cincinnati Reds. The Reds (60-99), who host the Chicago Cubs…