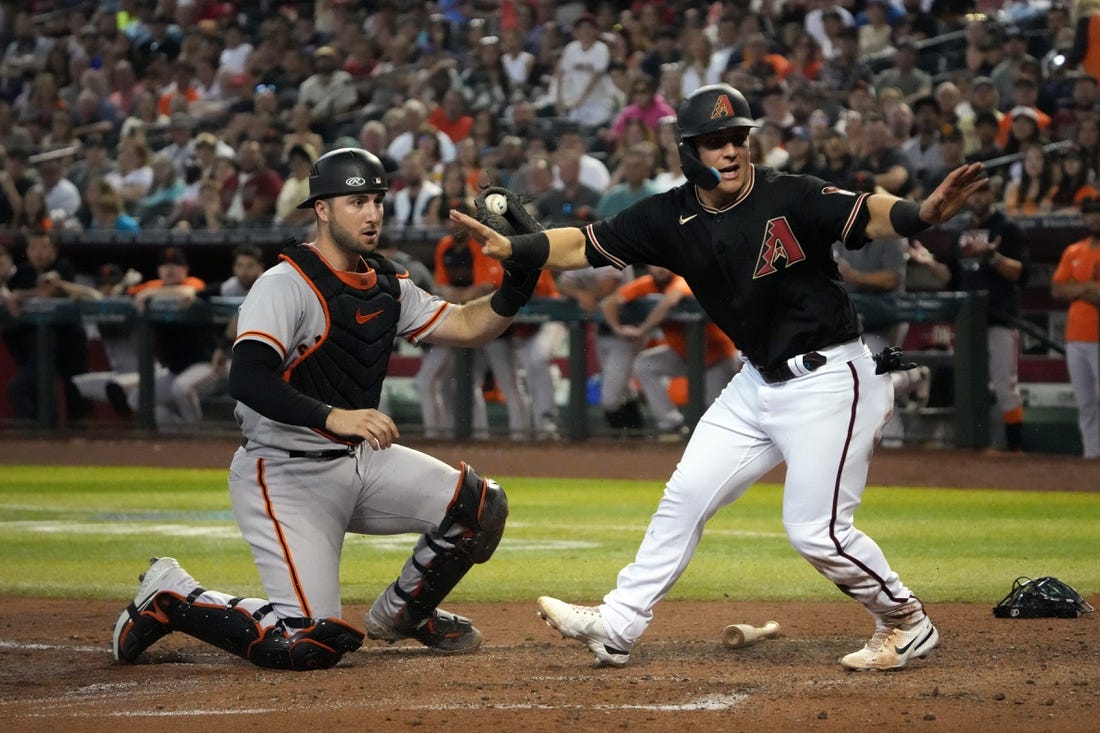 Merrill Kelly earned his career-high-tying 13th victory and Geraldo Perdomo drove in two runs during a five-run fourth inning as the Arizona Diamondbacks beat the San Francisco Giants 5-2 on Saturday in Phoenix.

Joe Mantiply pitched a scoreless eighth inning before Reyes Moronta retired the Giants in order in the ninth for his second save.

Mike Yastrzemski doubled and hit a solo homer for San Francisco (74-78), which was held to four hits.

San Francisco broke a scoreless tie with a run in the fourth. Brandon Crawford hit a two-out single, David Villar walked and Jason Vosler followed with a run-scoring single to right.

Arizona responded by sending nine batters to the plate in the bottom half of the inning against Alex Cobb (6-7).

Christian Walker singled in a run after Arizona’s first two batters singled, and Josh Rojas drew a one-out walk to load the bases. Another run scored on Alek Thomas’ fielder’s choice grounder, and the D-backs extended the lead to 3-1 when Carson Kelly’s sacrifice fly scored Walker from third.

Perdomo capped the rally against a visibly frustrated Cobb with a two-run single to right-center field.

The Giants cut into the lead on Yastrzemski’s leadoff homer in the sixth against Kelly, who walked one and struck out six.

With the victory, Kelly improved to 3-0 with a 1.53 ERA in five starts versus San Francisco this season.

Pavin Smith had two hits for Arizona, which threatened to add to their lead in the eighth. The D-backs had runners on second and third with one out before Jharel Cotton struck out Rojas and Thomas to end the inning.

Proctor is the 65th Giants player to appear this season, breaking the franchise record set in 2019.