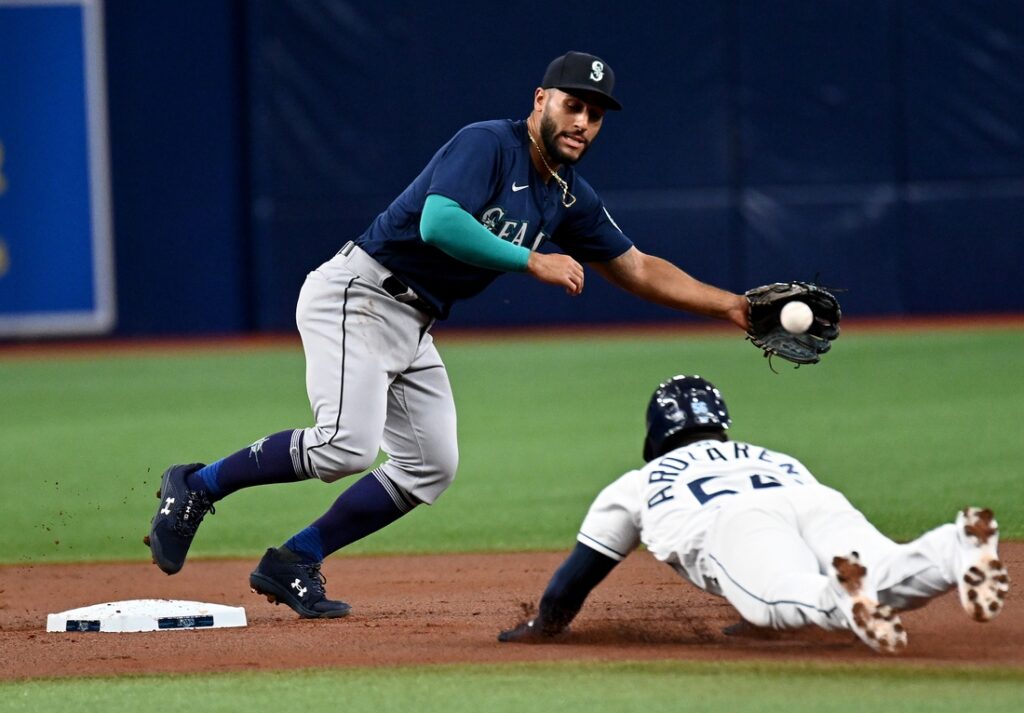 Rasmussen (1-1) gave up only two hits and had his longest outing of the season to earn his first victory of the year. He threw a career-high 84 pitches and struck out nine.

That helped stop a four-game winning streak by the Mariners and it marked only the second time in the last eight meetings of the teams that Tampa Bay has defeated Seattle.

Seattle’s pitching plans were scrambled almost from the beginning of the game. Starter Marco Gonzales (1-2) faced only three batters and threw 11 pitches before he was forced to leave the game after being struck on his pitching wrist by a line drive off the bat of Harold Ramirez.

The shot by Ramirez was clocked at 109 mph and it drove in leadoff batter Randy Arozarena, who walked, stole second and advanced to third on a throwing error by catcher Cal Raleigh.

Yohan Ramirez relieved Gonzales and held the Rays scoreless until Kiermaier followed a single by Taylor Walls with his second home run of the season in the fourth inning. Ramirez pitched three innings, allowing two runs and three hits.

Seattle cut the lead to 3-2 on Abraham Toro’s solo home run against closer Andrew Kittredge with two outs in the ninth inning. But Kittredge, who earned his third save of the season, was able to get Julio Rodriguez to fly out to center field to end the game.

Tampa Bay reliever Colin Poche took over for Rasmussen in the seventh inning and couldn’t keep the shutout going as Seattle’s J.P. Crawford hit a solo home run. Poche was replaced by Brooks Raley in the eighth inning. Raley got two outs before giving way to Kittredge, who got the final out of the inning.

Kiermaier and Harold Ramirez each had two hits for the Rays. Jesse Winker had a first-inning double for Seattle.