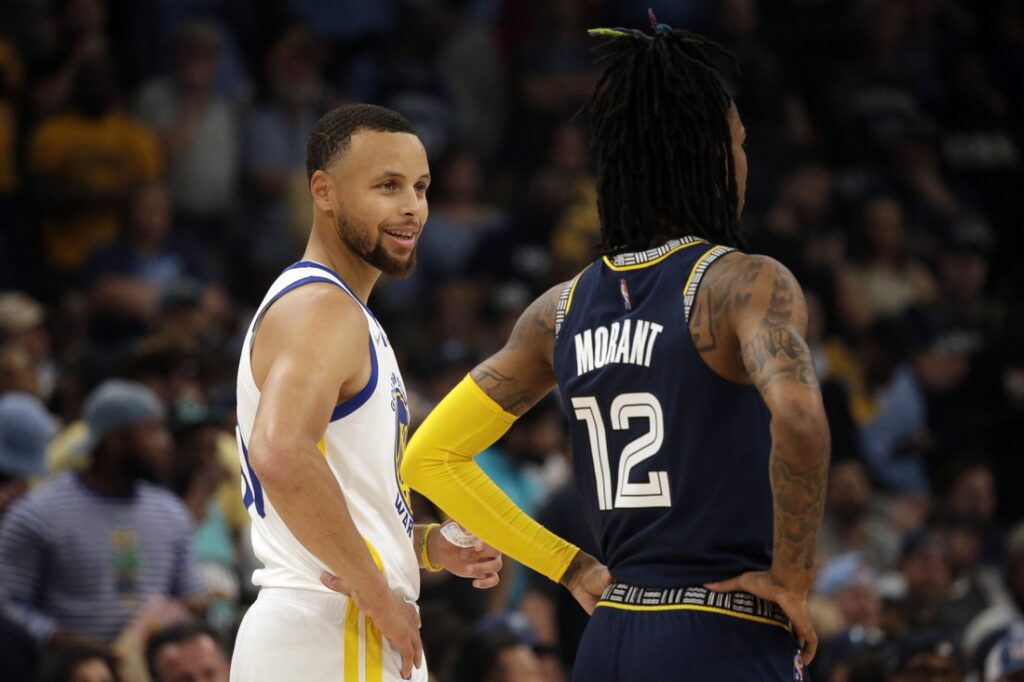 Two missing defensive standouts could light the fuse for backcourt fireworks when the Memphis Grizzlies and Golden State Warriors continue their Western Conference semifinals series with Game 3 on Saturday night at San Francisco.

Two days after missing a buzzer-beating layup that could have won Game 1, Ja Morant took over to draw the Grizzlies even 1-1 in the best-of-seven series with a 47-point explosion in a 106-101 home win in Game 2 on Tuesday.

More double-team and trap looks from the Warriors are “on the menu” for Morant, Golden State coach Steve Kerr said Friday.

The Warriors are shifting the rotation out of necessity. That’s because Game 2 featured an ugly incident in the third minute when the Grizzlies’ Dillon Brooks leveled Golden State’s Gary Payton II from behind on a break-away attempt, sending the guard crashing to the court and fracturing his left elbow.

Payton has been ruled out for the rest of the series and could miss three weeks.

The NBA issued Brooks a one-game suspension on top of the ejection he received after the play.

Brooks will sit out Game 3, when Golden State will attempt to shake off one of the worst 3-point shooting efforts in its postseason history. Memphis will try to use its superior size to gain a rebounding advantage for the first time in the series.

“We understand what we need to do,” Warriors star Stephen Curry said in the wake of a 3-of-11 shooting effort from 3-point range in Game 2.

“We’ve been in a lot of different series that’s taken a lot of twists and turns,” Curry said. “Lot of adversity, a lot of adrenaline and emotion. We’ve just got to win four games somehow, some way.”

Payton had been a surprise starter in the first two games of the series after coming off the bench in all five games of Golden State’s opening-round triumph over the Denver Nuggets. Now the Warriors have to rely heavily on Andrew Wiggins and Thompson in their effort to slow down Morant.

Andre Iguodala, another Golden State defensive standout, also will miss the game, as well as Game 4 on Monday, with a neck injury.

Morant scored Memphis’ final 15 points in Tuesday’s win in a stretch that began with the Grizzlies down 95-91 with 4:33 remaining and staring at a second straight series-opening defeat.

He scored mostly on drives and free throws, but also connected on his fifth 3-pointer of the game, one more than he had in Memphis’ six-game win over the Minnesota Timberwolves in the opening round.

Morant also found time for eight rebounds, but it wasn’t enough to avoid a second straight game in which the Warriors earned an advantage on the boards. It was 52-47 in Game 1 and 52-49 in Game 2.

The Grizzlies could get big man Steven Adams back for Game 3 after he was released from the NBA’s health and safety protocols. He could cut into the minutes void created by Brooks’ suspension.

“It’s going to be even more of a grind,” Memphis’ De’Anthony Melton said of the ongoing series. “It’s going to take mental focus and physical focus even more. We’ve played without guys before. We just have to go in and continue to play hard and play our game.”