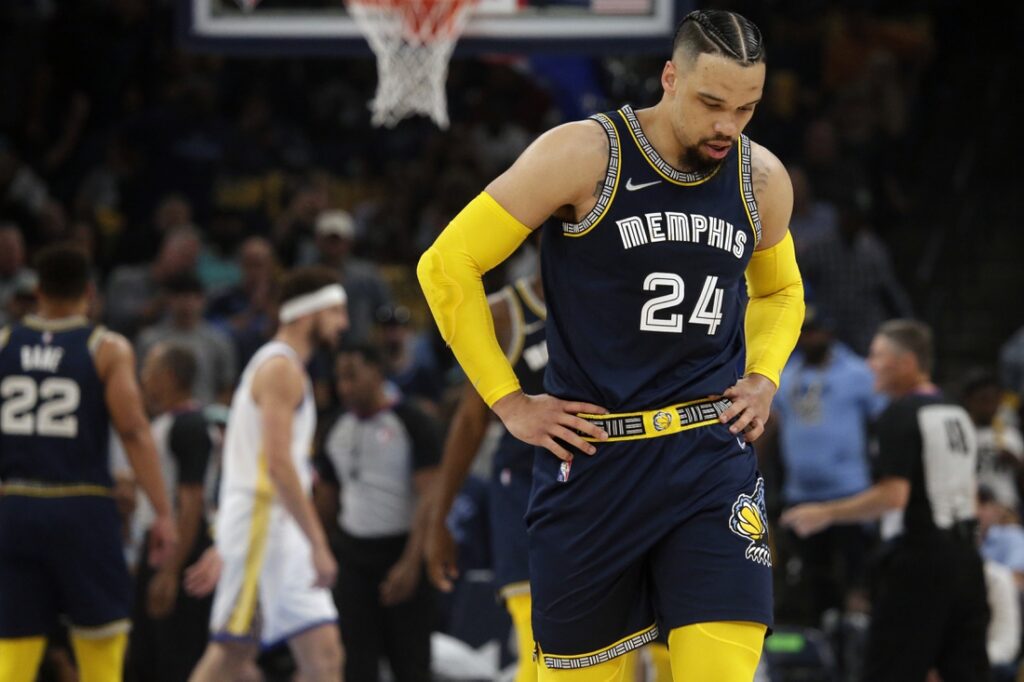 Brooks was assessed a flagrant-2 on a foul that fractured Payton’s elbow. He was suspended for Game 3 and will return Monday night for Game 4 in San Francisco.

“It’s in the past,” Brooks said after Memphis’ shootaround. “I didn’t mean for it to hurt somebody. If I were to take it back in a moment, I would. But it’s in the past.”

Brooks went for a foul from behind on a breakaway, leveling Payton as he went up from the left side for a layup. Brooks’ right arm hit Payton in the neck and head and propelled Payton to the floor.

Payton is out for up to four weeks as a result.

Brooks, who said Monday he was trying to make a play on the ball, didn’t understand Kerr’s position.

“I don’t really even know what that means,” Brooks said. “It’s the playoffs. Every bucket, every possession, every play counts. So I didn’t understand what he meant by that.”

Brooks’ encounter with Payton was just one piece of an increasingly chippy playoff series. Each game has featured one ejection, including the Warriors’ Draymond Green in Game 1 and the Grizzlies’ Kyle Anderson in Game 3. Anderson was ejected for arguing a foul call with officials.