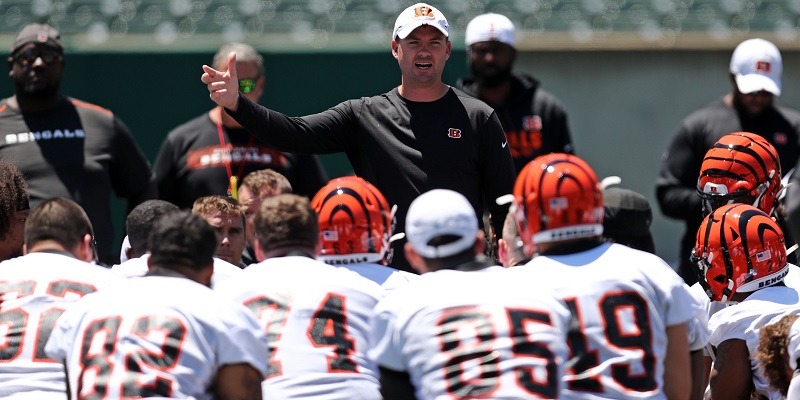 He once said the Cincinnati Bengals would listen to anything, but head coach Zac Taylor now expects the franchise to use the No. 1 pick on April 23.

LSU quarterback Joe Burrow is the overwhelming favorite to be selected first in the 2020 NFL Draft.

“It doesn’t look that way. If there is a guy there that you believe in that can really change the franchise over the next 10-15 years, then that’s a hard thing to pass up on,” Taylor said Monday on “The Dan Patrick Show.”

“You know, people all the time ask me what would it take to give up that pick and if there’s somebody there that people are willing to give up a lot for, that they believe in, then that just really verifies what we think about those players as well.”

Taylor gushed about Burrow at the 2020 NFL Scouting Combine and had more kind words for the Heisman Trophy winner this week.

“He’s got a great edge to him, I think that’s the best way to put it,” Taylor said. “You know, you can talk about confidence and all that stuff to quarterbacks, but he’s one of those guys that put in the work, so he’s got the confidence in his abilities because there’s not a lot of unknown out there for him. We’ve gotten to know him. We’ve gotten to know a lot of the guys during this conversation over the last couple of weeks. We really maxed out that time talking to him. We feel comfortable with all those guys there at the top.”