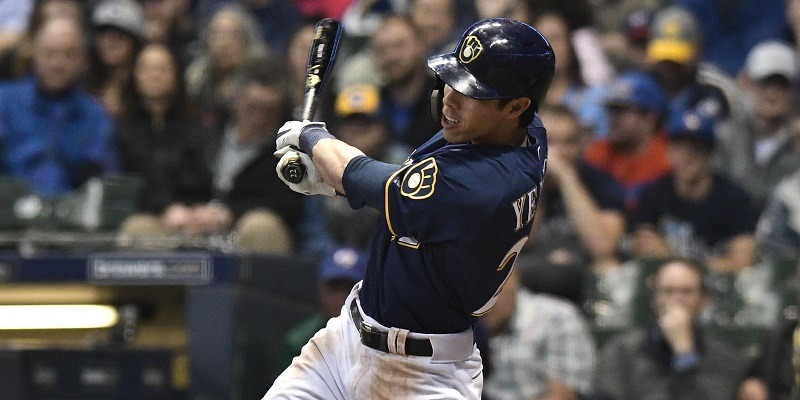 Outfielder Christian Yelich was back in the starting lineup Sunday, making his first start for the Milwaukee Brewers in a week.

The Brewers were hosting the New York Mets, looking for a sweep of their three-game series. Yelich saw action Saturday night as a pinch-hitter in the Brewers’ 18-inning, 4-3 win but failed to reach base.
Yelich, the reigning National League MVP, left the Brewers’ game last Sunday against the Mets at Citi Field with lower back discomfort following the top of the fifth inning.
Yelich singled in the fourth inning and was retired on a double play. He was replaced by Ben Gamel in right field to begin the bottom of the fifth inning. It was unclear when Yelich was injured.
On the season, Yelich, 27, is batting .350 with 14 homers and 34 RBIs in 30 games. The 14 home runs tied the major league record for homers before the start of May.
–Field Level Media (@FieldLevelMedia)