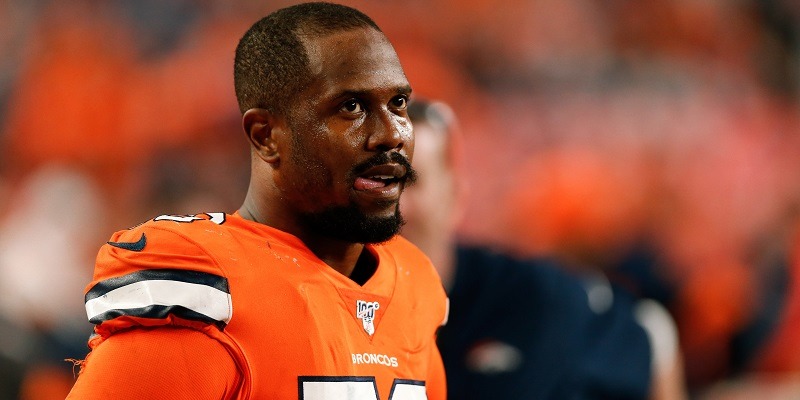 Miller reportedly underwent an MRI exam and consulted with an ankle surgeon.

According to reports, Miller stepped wrong on the play, which was the final one of practice.

The Broncos didn’t immediately make a comment regarding Miller.

The eight-time Pro Bowler has a franchise-record 106 sacks for the Broncos in nine seasons since being the No. 2 overall choice of the 2011 NFL Draft. Miller also has 490 tackles, 26 forced fumbles, nine fumble recoveries and two interceptions.

Miller has two career touchdowns — one on an interception and one on a fumble.

Last season, Miller had eight sacks. That total was the second lowest of his career. His high was 18.5 in 2012.

Miller was a star at Texas A&M before joining Denver.

The Broncos open the season on Monday night against the visiting Tennessee Titans.