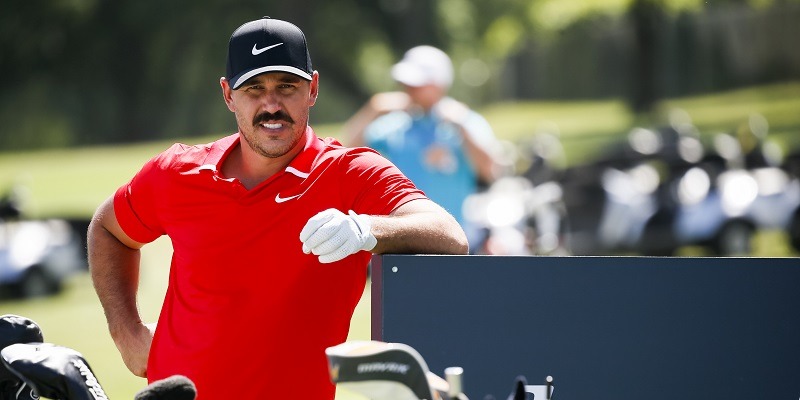 The PGA Tour’s return from its longest break in competition since World War II could spark the biggest betting handle some sportsbooks have ever seen for golf.

When the Charles Schwab Challenge begins Thursday at the Colonial Country Club in Fort Worth, Texas, it will have been 91 days since The Players Championship was canceled due to the coronavirus. The return of the UFC followed by NASCAR gave eager bettors live sports to wager on, but sportsbooks are anticipating potential record action around the return of the PGA Tour.

“Golf is really popular with our bettors, as we saw with The Match 2 being the highest handle event outside a major in the U.S.,” said Mattias Stetz, the COO of Rush Street Interactive, which operates BetRivers.com and PlaySugarHouse.com. “We are looking forward to this weekend’s event and expect the four days to beat the handle of any previous golf event, including any of the majors.”

World No. 1 Rory McIlroy is the moneyline favorite at +800 at PlaySugarHouse and +850 at DraftKings. Some books are offering him as low as +750. It comes as no surprise, with the Northern Irishman posting seven consecutive top-five finishes and 10 in his previous 11 events before the hiatus.

He’ll be paired for the first two rounds with No. 2 Jon Rahm and No. 3 Brooks Koepka. Rahm has a pair of top-five finishes in three previous starts at Colonial to go along with two wins, two runner-up results and three other top-10 finishes in his past eight worldwide starts. The Spaniard is +1100 at PlaySugarHouse and +1150 at DraftKings and is the second moneyline favorite at most books.

Koepka is far more polarizing, which has captured the attention of bettors.

The four-time major winner has yet to regain his form following knee surgery last fall. He has a lone top-20 finish since last year’s Tour Championship, and that was a tie for 17th in Saudi Arabia.

Koepka is +2200 at PlaySugarHouse and +2500 at DraftKings. Bettors have flocked to take a flier on those odds, with Koepka surging ahead of McIlroy on Wednesday with 9 percent of the outright-winner handle at DraftKings. McIlroy still led the way with 7 percent of the total bets, but Koepka was right behind at 6 percent.

So, too, were Justin Thomas and Jordan Spieth. Thomas (+1600 and +1650) is ranked fourth in the world, second in the FedEx Cup standings and has a pair of victories this season.

The three-time major champion hasn’t won since 2017, has fallen to 56th in the world rankings and has only two more top 10 finishes (11) than missed cuts (nine) since the start of 2018.

However, Spieth, the 2016 champion at Colonial, is a Texas native — and he is being offered at +4300 by DraftKings, which led to him being responsible for 7 percent of the handle as of Wednesday. He also led the field with 10 percent of the handle and 6 percent of the bets on who will lead after the first round. DraftKings is offering Spieth at +5000 on the prop bet, with the second most popular being Ryan Palmer (+6000), one of only two players to post four rounds in the 60s at Colonial last year.

Rahm had drawn only 4 percent of the moneyline bets, but he’s popular on the prop market.

DraftKings is offering him at +105 to finish ahead of McIlroy (-110). The book also boosted odds of Rahm, Koepka and Rickie Fowler each hitting the first fairway from +500 to +545.

Not to be forgotten is Sungjae Im. The South Korean earned his first PGA Tour win earlier this year and backed it up with a solo third before the hiatus. Im, the reigning Rookie of the Year and FedEx Cup leader, is +3300 at PlaySugarHouse and +3500 at DraftKings.