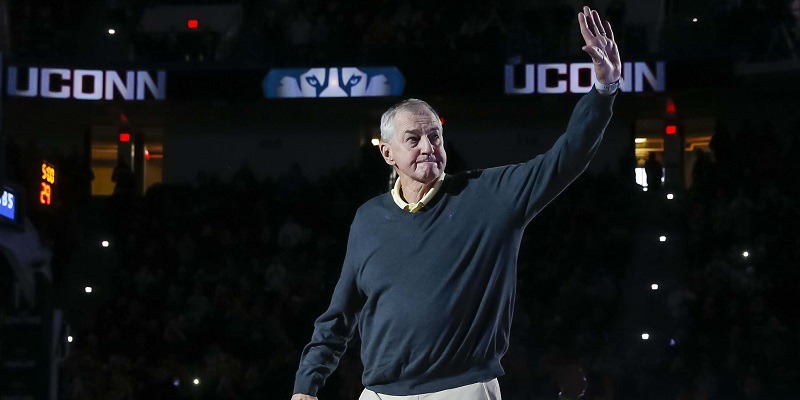 Hall of Fame basketball coach Jim Calhoun denied claims he discriminated against the former associate athletic director at the University of St. Joseph based on her gender, saying he is a strong supporter of women’s rights.

Calhoun, who retired as coach at UConn and then took over as coach of the newly created team at Division III St. Joseph in 2017, issued a statement Saturday in response to accusations made by Jaclyn Piscitelli.

She filed a lawsuit on Wednesday against the West Hartford, Conn., school in U.S. District court after complaining about the conduct of men in the athletic department, including Calhoun.

In his statement, issued to the Hartford Courant, Calhoun said he never “knowingly treated any woman unfairly because of her gender.”

“I voted for Hillary (Clinton). I married a feminist. And I have stood in support for women’s rights and equality for all for as long as I can remember,” Calhoun, 77, wrote. “I spent the last 8 years at UConn proudly working under a president (Susan Herbst) who was a woman. I work under a visionary woman president today (Rhona Free at USJ) and I’m excited that the Athletic Department at USJ is under the direction of a newly-hired, talented woman (Amanda Devitt).”

“As for the accusations that have been reported,” Calhoun continued, “I will say only this: I’m not sure when asking a colleague if they would mind opening the door because my hands were full became discrimination or when self-deprecation for being an aging, clumsy husband became an insult. … I use the word ‘hot’ to describe the weather and the temperature of my morning coffee. And the only woman I openly compliment is my wife of 53 years (Pat) and frankly, I call her ‘beautiful’ or ‘pretty’…because she is.”