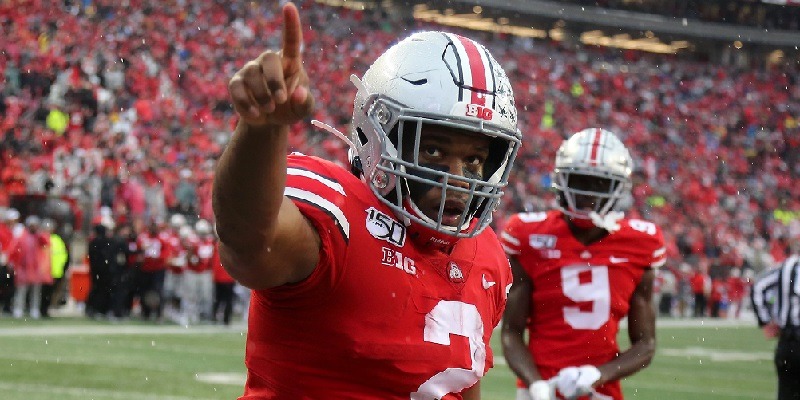 The College Football Playoff’s first rankings of the season were notable Tuesday for the team that didn’t make it into the all-important top four: undefeated and defending national champion Clemson.

Regarding the choice of Ohio State instead of LSU as the No. 1 team, committee chairman Rob Mullens, the athletic director at Oregon, said, “Two outstanding teams. We obviously recognized LSU’s marquee wins against Florida and Auburn. Outstanding offense with Joe Burrow and the new offensive coordinator at LSU, but when you watch Ohio State, they have performed at a very consistent level.

“Really good on both sides of the ball; explosive playmakers and (defensive end) Chase Young is probably as disruptive a defensive player as there is in the country. When you look at their resume, they perform at a consistently high level every week.”

The top four teams in the final CFP rankings will head to the nationals semifinals, to be played Dec. 29 at the Peach Bowl in Atlanta and the Fiesta Bowl in Glendale, Ariz.

The national final is scheduled for Jan. 13 at the Superdome in New Orleans.

LSU is No. 2 in the first #CFBPlayoff Rankings! #GeauxTigers pic.twitter.com/zuceTmSlZc