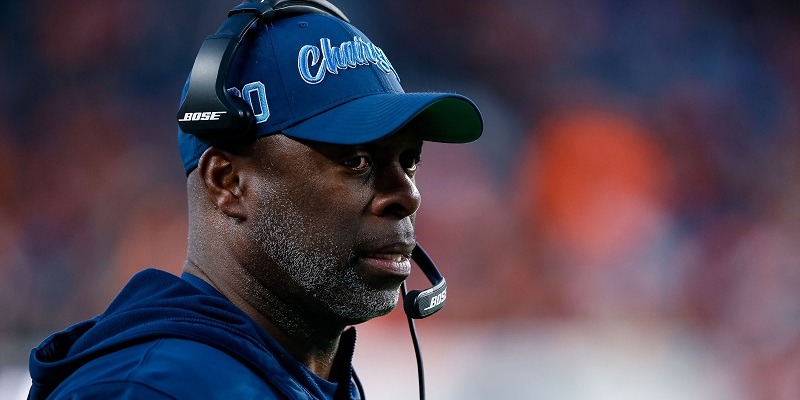 The news came in the opening scene of the HBO mainstay, which this year features the Chargers and the Rams.

“I can’t promise you you’re not gonna get infected. I got infected,” he told his players via a Zoom meeting.

He used his case as both an inspiration and a warning to his team.

“But when that whistle blows, let’s go kick somebody’s ass and play some football. One team will do this better than the other 31. Trust me. It might as well be us. So, be ready for chaos. Embrace it. Because if we’re going to play, the team that handles this thing the best is going to have the best chance of winning that trophy.”

Lynn, 51, is the third NFL head coach to acknowledge that he had tested positive for the virus, joining Sean Payton of the New Orleans Saints and Doug Pederson of the Philadelphia Eagles.

In a scene later in the show, Lynn talked with Dr. Herb Martin, the team psychologist, and told him of the diagnosis.

“I didn’t know you had the virus,” Martin said.

Lynn has a 26-22 record in the regular season over his first three years with the Chargers, who are looking to rebound from a disappointing 5-11 season in 2019.

The Chargers are scheduled to open the season Sept. 13 against the Bengals in Cincinnati.