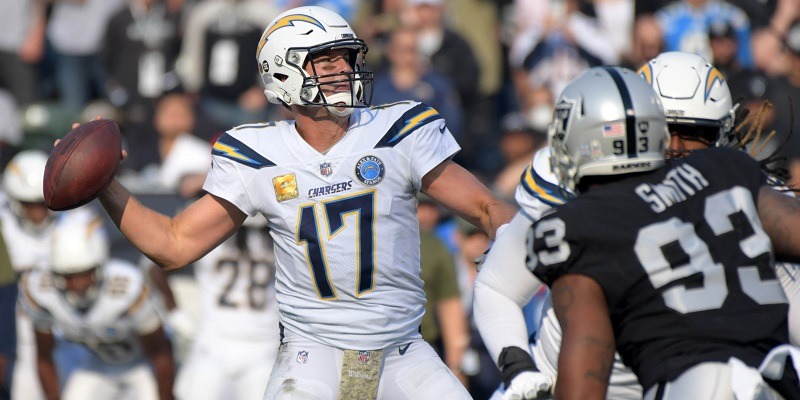 Philip Rivers has said he wants to play beyond next season, the final year on his contract with the Los Angeles Chargers.
Chargers general manager Tom Telesco signaled Thursday that the team is committed to Rivers beyond next season as well.
“I can tell you he’s not going anywhere,” Telesco said of the 37-year-old Rivers.
“He’s going to be here, but we’ll talk at the right point as far as the moves we need to make in the offseason, the resources we have and kind of see how it all fits in. But yeah, he’s not going anywhere.”
Rivers is due $11 million next season but would count $23 million against the salary cap.
He’s also coming off a 12-4 season that ended just short of the AFC title game with a playoff loss to the New England Patriots.
Rivers threw for 4,308 yards with 32 touchdowns and 12 interceptions this season.
“I couldn’t put a number on it, but I haven’t seen drop off in Philip since I arrived here six years ago,” Telesco said. “In the six years I’ve been here, he’s even playing better now than when I first got here so I guess the sky’s the limit, but for how long he wants to play, you’d have to ask him that but we’re really lucky to have him.”
The Chargers are scheduled to move into their new stadium in time for the 2020 season, which would be Rivers’ 17th in the NFL.