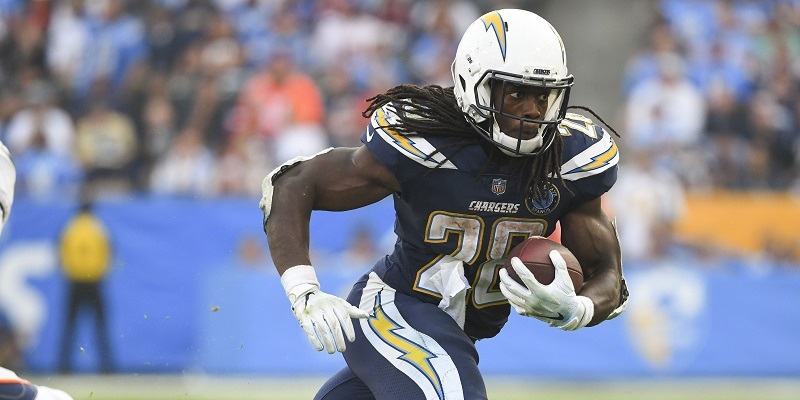 Los Angeles Chargers running back Melvin Gordon will play and possibly start Sunday as he works his way back from a two-month holdout, coach Anthony Lynn said Thursday.

Lynn told SiriusXM NFL Radio that Gordon will have a role against the visiting Denver Broncos on Sunday.

“He’s getting more work (in practice) this week, and he’s definitely going to have a workload this week, but not too big,” Lynn said. “I want to work him in, but I don’t want to overdo it.”

Gordon, a two-time Pro Bowl selection, was active but did not play in last Sunday’s 30-10 road victory against the Miami Dolphins. He ended his 64-day holdout last Thursday.

Lynn said Gordon only would have played at Miami in “an emergency situation” and will be eased back into action.

“We have a package for him — a role for him in this game. He may even start this game. But we’re going to see how he looks at the end of the week and go from there.”

Ekeler has rushed 56 times for 220 yards (3.9 average) and has added 24 catches for 270 yards. He leads the league with six touchdowns (three rushing, three receiving).