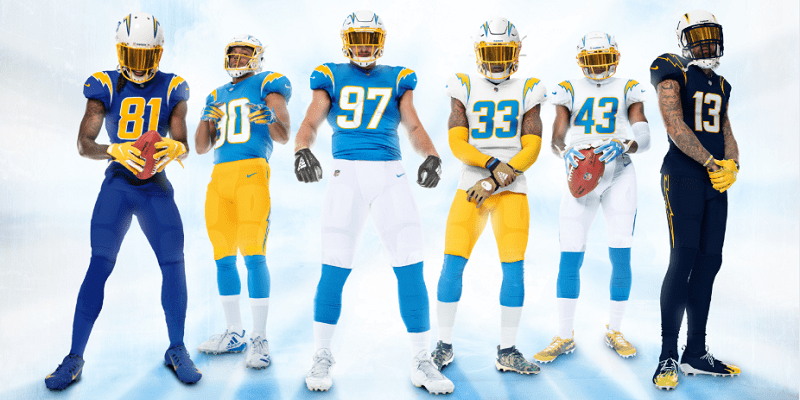 The Los Angeles Chargers’ updated uniforms revealed on Tuesday include numbers on the helmets and bigger lightning bolts.

“What was widely considered the best uniform in the NFL has been updated to include 60 years of Chargers history and make way for a new era of Chargers Football,” the team said in a news release.

The team unveiled six potential uniform sets, with four featuring the primary powder blue, gold and white colors in various combinations. There are also two color rush alternatives with deeper shades of blue. The use of navy in the team’s old color scheme was scrapped earlier this offseason.

The uniform numbers on the helmets are a throwback to the franchise’s 1960s-era look, as are yellow pants that could be featured with the powder blue or white uniforms. The lightning bolts are splashed across the shoulders and pant legs as well as the helmets.

the best got better. pic.twitter.com/UTXPM8yYvI

The Chargers will have a new look and a new stadium, as they are scheduled to move into SoFi Stadium for the 2020 season.