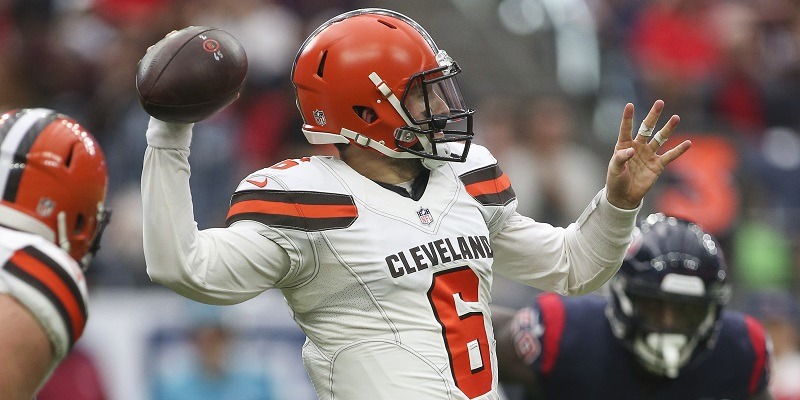 2019 snapshot: John Dorsey sure isn’t shy about swinging for the fences. With an already impressive roster, the Browns’ GM heaped on more talent this offseason, albeit taking some risks in the process.

How risky those moves prove to be might depend on Dorsey’s first decision, which was to hire Freddie Kitchens as head coach. The former RBs coach and interim offensive coordinator was a somewhat surprising choice, but he provides continuity for second-year QB Baker Mayfield. Now, can Kitchens manage all of Cleveland’s personalities?

Beckham’s talent far outweighs the headaches he creates, and his acquisition could be the single most impactful of the offseason. The compensation (pick Nos. 17 and 95, plus Peppers) was a bargain, and if Beckham and college teammate Jarvis Landry feed off each other, the move will look even better.

Dorsey also added disruption up front by inking Richardson (three years, $37 million) and trading for Vernon, and he nabbed one of the draft’s top cornerbacks in Williams despite losing draft capital in the deal for Beckham.

Trading Zeitler (for Vernon) could hurt the offensive line, but 2018 second-rounder Austin Corbett should be ready to step in at right guard. Trusting Greg Robinson to hold up for a whole season at left tackle is bold, though he performed well in the second half of 2018. Hunt’s addition also was risky, but the payoff could be huge if the Pro Bowl selection can stay on the field.

Worth the investment?
Everyone with a dollar is ready to buy the Browns, but at what cost? They’re no longer a value bet and books are starting to swing the pendulum to reflect the amount of buy-in they’re seeing in Cleveland.

Mayfield remains a decent get in the MVP race, however, at 25-1. Sounds rich, we know, considering his treading into Drew Brees-Matt Ryan territory if the Browns get off to a hot start. That also means he’s presently at value at PointsBet.com. Break it down in the simplest of terms: Quarterbacks win MVP in this league, and if the Browns write the miracle playoff run some think is possible, it’ll be Mayfield playing the role Patrick Mahomes did for the 2018 Kansas City Chiefs.

Bottom Line: It’s hard to argue with adding so much talent. If Kitchens proves to be the right hire, this is a grand slam.