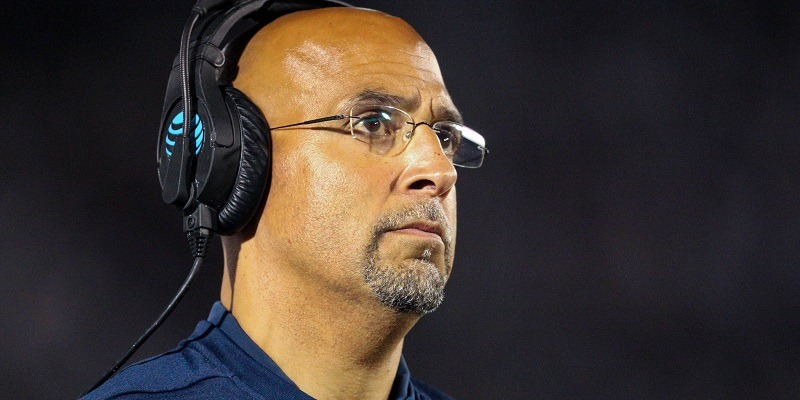 Penn State rewarded coach James Franklin with a 10-year contract on Tuesday that is worth $70 million in guaranteed money.

The deal runs through the 2031 season.

Franklin, 49, had been rumored to be a possible target of Southern California and LSU for their coaching openings.

In addition to the guaranteed money, Franklin will receive a $500,000 annual retention bonus as well as others bonuses tied to Big Ten and College Football Playoff performances and Coach of the Year honors. The Penn State Board of Trustees’ subcommittee on compensation approved the terms.

“Penn State’s future is bright, and I’m honored to continue to serve as your head football coach,” Franklin said in a statement. “Nine weeks ago, the administration approached me about making a long-term investment in our football program. This prompted numerous conversations outlining the resources needed to be competitive at a level that matches the expectations and history of Penn State. What’s most evident from those conversations is the importance of our student-athletes’ success both on and off the field.”

Franklin is 67-32 in eight seasons at Penn State but is just 11-9 over the past two seasons. The Nittany Lions are 7-4 this season and 4-4 in the Big Ten entering Saturday’s game at Michigan State.

He also has recruited top-notch players to the school. With less then a month until the early signing period, Penn State has the No. 1 Class of 2022 in the Big Ten — topping Ohio State — and the No. 5 overall class in the country, according to 247Sports.

“We are excited to have James Franklin lead our football program for a long time,” Barbour said in the news release. “We will continue our collective efforts to constantly improve in all aspects of our program. We have made, and will need to continue to make, significant investment in our football program because we believe we have a very bright future under James.

“With this contract, we are signaling our sustained commitment to being one of the premier programs in the history of college football. Our goals and aspirations relating to football have never wavered and our investments today and in the future of our program will allow us to compete at the highest level.”

“Penn State is very happy to offer this extension to Coach Franklin, who has created an environment in which our student-athletes can be successful on the field, as well as leaders in our community and beyond,” Barron said in the news release. “As head coach, James continues to build the Nittany Lion football program even while navigating a number of exceptional challenges, including COVID-19 and a shift in amateurism rules in college sports. We look forward to his sustained success, his pursuit of excellence, and his remaining an integral part of Penn State football and our University.”

Franklin has a 91-47 overall record in 11 seasons as a coach, including a 24-15 mark in three seasons at Vanderbilt.

That’s a lot of commitment.