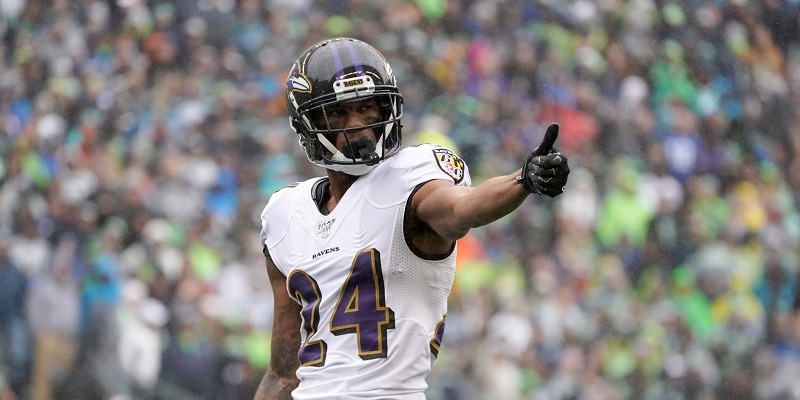 Lamar Jackson passed for 143 yards and rushed for 116 more and a touchdown and Baltimore’s defense scored twice as the Ravens defeated the host Seattle Seahawks 30-16 on Sunday.

Cornerback Marcus Peters, acquired in a trade Tuesday with the Los Angeles Rams, returned an interception 67 yards for a score in the second quarter for the Ravens (5-2). Defensive back Marlon Humphrey returned a fumble 18 yards for a clinching touchdown with 3:37 remaining.

Russell Wilson completed 20 of 41 passes for 241 yards for the Seahawks (5-2), with one touchdown and his first interception of the season.

Jackson, the second-year quarterback out of Louisville, was only 9-for-20 passing, but broke open the game when he ran for an 8-yard touchdown on a fourth-and-2 play with 1:20 remaining in the third quarter.

Justin Tucker kicked his third field goal of the game, a 22-yarder with 3:47 remaining, to give the Ravens a 10-point cushion.

On Seattle’s next play from scrimmage, DK Metcalf hauled in a screen pass but the ball slipped out of his hands as he started to head upfield. The ball bounced along the sideline until Humphrey picked it up and scampered into the end zone.

Seattle’s Jason Myers kicked a 35-yard field goal with 1:49 left to make it a two-touchdown game, but the Ravens ran out the clock.

Tucker capped the Ravens’ first possession of the game with a 25-yard field goal.

On the second play of the second quarter, Wilson hit Tyler Lockett with an 8-yard scoring strike to give the Seahawks a 7-3 lead.

Tucker’s 28-yarder made it 7-6 before Peters gave the Ravens the lead with his pick-six.

Myers kicked a 31-yard field goal with six seconds left in the half to tie it at 13.

The Seahawks outgained the Ravens 347-340 in total yardage and held a 20-14 edge in first downs, but couldn’t overcome the two defensive scores.