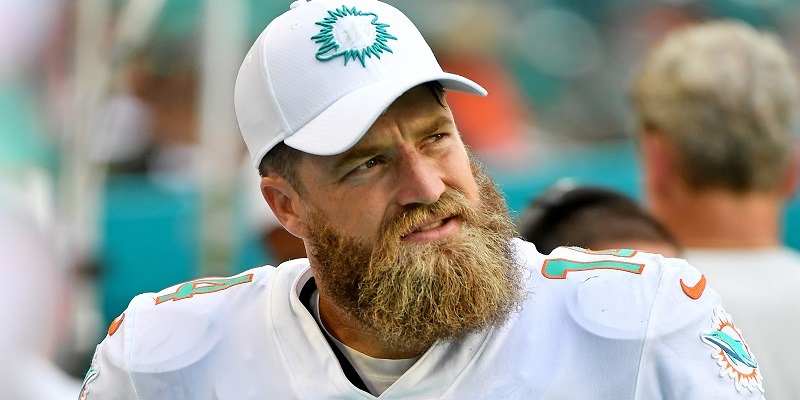 The Miami Dolphins will start Ryan Fitzpatrick at quarterback against the Buffalo Bills on Sunday.

Coach Brian Flores made the announcement on Wednesday, one week after he declared that second-year quarterback Josh Rosen would serve as the team’s starter for the remainder of the season.

Fitzpatrick, 36, provided a spark in relief of Rosen last Sunday against the Washington Redskins and nearly guided the Dolphins (0-5) to their first win of 2019.

Flores told reporters following Miami’s 17-16 loss to the Redskins that Rosen would continue to start, but added “there’s always competition.”

“We’re going to start Fitz this week,” Flores told reporters. “Kind of came to that conclusion really over the last few days. Decided, we felt like that was the best thing for this team to give us an opportunity, the best opportunity for this team to go up into a tough environment and try to pull out a win. We do that on a weekly basis. What’s the best way, what’s the best grouping, set of players, offense, defense, kicking game — to help us try to win the game. We felt that was the case this week.”

Fitzpatrick entered Sunday’s game against the Redskins with 14:55 to play in regulation, with Miami trailing 17-3. On his first possession, he led a nine-play, 55-yard drive capped by a 1-yard touchdown run by Kalen Ballage.

It was the first time this season the Dolphins had scored after halftime.

Miami punted on its next two drives, gaining just one first down, but Fitzpatrick got one more chance with 2:02 remaining and down by seven. He marched the Dolphins 75 yards in nine plays, hitting DeVante Parker for an 11-yard score with 10 seconds remaining. Down 17-16, Flores went for two and the win, but Fitzpatrick’s pass to Kenyan Drake fell incomplete, sealing a loss and an 0-5 start.

The Dolphins lost their first four games by a combined margin of 163-26, with all four losses by at least 20 points.

The journeyman Fitzpatrick has completed 39 of 70 passes for 435 yards with two touchdowns and four interceptions on the year. He started the Dolphins’ first two games before entering briefly for an injured Rosen in Week 3.