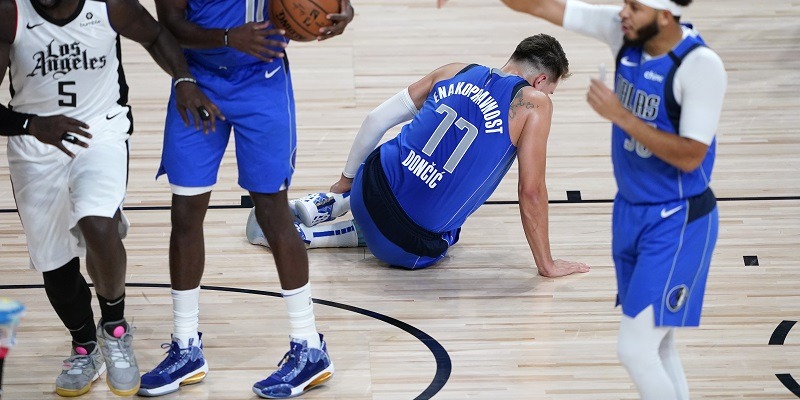 The Dallas Mavericks listed point guard Luka Doncic as questionable for Sunday’s playoff game against the Los Angeles Clippers due to a sprained left ankle.

The 21-year-old star sustained the injury Friday night in a 130-122 Game 3 loss to the Los Angeles Clippers, who went up 2-1 in the best-of-seven series.

Doncic turned the ankle with 3:58 left in the third quarter while attempting to defend Clippers star Kawhi Leonard. He couldn’t put weight on the leg and hopped off the court and was examined in the locker room.

He returned at the outset of the fourth quarter but went to the bench in pain with 9:02 left and was done for the night. Still, he managed a triple-double with 13 points, 10 rebounds and 10 assists in 29 minutes.

“It’s not that bad. A little sprain,” Doncic told reporters after the game.

He was scheduled to undergo an MRI exam on Saturday.

In the regular season, the 6-foot-7 Doncic averaged 28.8 points, 9.4 rebounds and 8.8 assists, though he battled an ankle sprain in December.