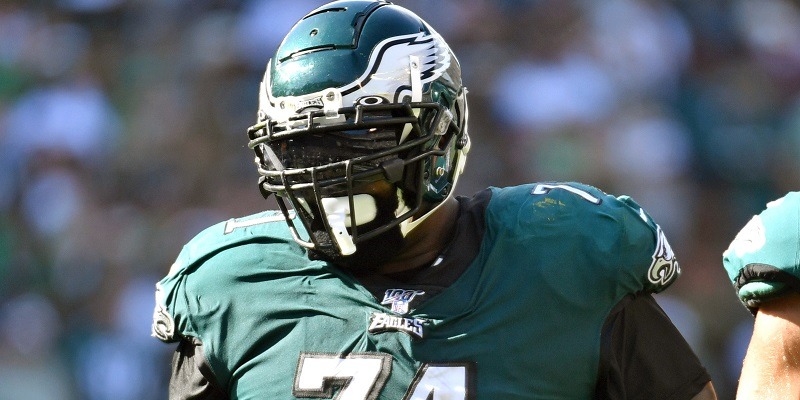 If the Philadelphia Eagles want Jason Peters to move back to left tackle, it reportedly comes with a price.

The Eagles lost starting left tackle Andre Dillard to a torn biceps muscle on Thursday. The 2019 first-round pick is expected to miss the entire season, leaving Philadelphia looking for a replacement to protect quarterback Carson Wentz’s blind side.

Citing sources, the Philadelphia Inquirer reported Saturday that Peters “wants to be paid like a starting left tackle if he’s to assume the role for the 2020 season.” Tackles, on average, earn significantly more than guards in the NFL.

Peters’ agent, Vincent Taylor, did not respond to the newspaper’s request for comment.

Eagles coach Doug Pederson said during Saturday’s video conference call with reporters that Peters is “obviously in the conversation” to replace Dillard.

“We do have some young players, Jordan Mailata, Matt Pryor. Jack Driscoll, who’s a rookie, obviously, but has been playing some tackle for us,” Pederson said.

Of those three, only Pryor has played in an NFL game. He played 79 offensive snaps in 12 games for the Eagles last season.