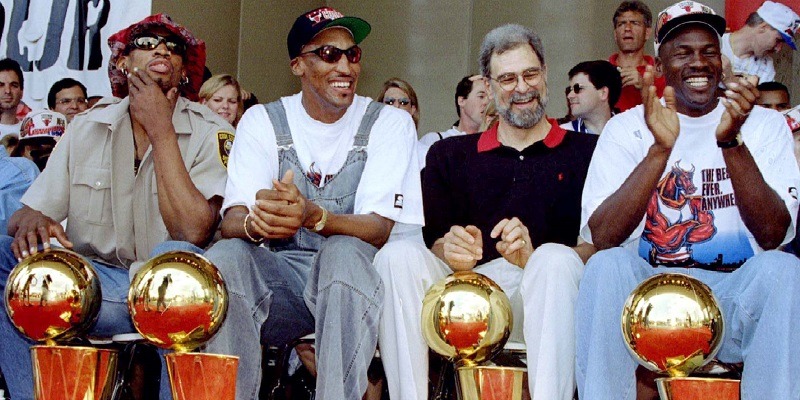 ESPN advanced the premiere of the 10-part documentary series “The Last Dance,” focused on Michael Jordan’s Chicago Bulls, by five weeks, with the first two episodes to air in the United States on April 19.

The series is being shown on Netflix outside of the U.S.

The series will chronicle Jordan and the Bulls of the 1990s, featuring never-before-seen footage from the 1997-98 season as the team pursued its sixth NBA championship in eight years. That title in 1998 was won despite intense tension and drama away from the court.

“As society navigates this time without live sports, viewers are still looking to the sports world to escape and enjoy a collective experience,” ESPN said in a statement Tuesday. “We’ve heard the calls from fans asking us to move up the release date for this series, and we’re happy to announce that we’ve been able to accelerate the production schedule to do just that. This project celebrates one of the greatest players and dynasties ever, and we hope it can serve as a unifying entertainment experience to fill the role that sports often play in our lives, telling a story that will captivate everyone, not just sports fans.”

Jordan, Bulls owner Jerry Reinsdorf and head coach Phil Jackson agreed to let an NBA Entertainment film crew follow the team in 1997. More than two decades later, it will be shared in “The Last Dance.”

Footage from Jordan’s childhood, his arrival in 1984 and the growing pains that predated the six-time championship dynasty will be mixed amid the individuals and triumphs that became a culture-sweeping phenomenon.

“Michael Jordan and the ’90s Bulls weren’t just sports superstars, they were a global phenomenon,” director Jason Hehir said. “Making ‘The Last Dance’ was an incredible opportunity to explore the extraordinary impact of one man and one team. For nearly three years, we searched far and wide to present the definitive story of an era-defining dynasty and to present these sports heroes as humans. I hope viewers enjoy watching our series as much as we enjoyed the opportunity to make it.”

One basketball superstar is eager to watch another. LeBron James had this to say on social media about the docuseries: