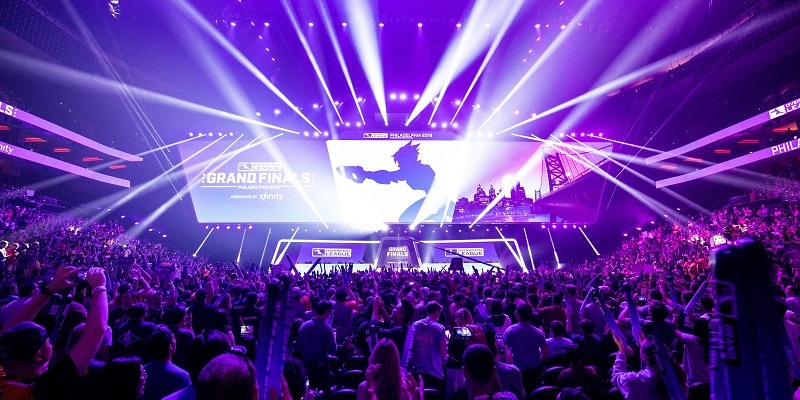 Esports are passionately followed by millions of fans around the globe on a daily basis. With the games featuring a wide range of formats, competition types and schedules, Field Level Media is producing a series of overviews to introduce you to the most popular titles, teams and personalities.

First up is a look at Overwatch:

Overwatch is a team-based, first-person shooter (FPS) game. Teams of six players control characters, referred to as heroes, and compete against each other to complete objectives.

The gameplay revolves around fast-paced action and team coordination. Each hero has a different primary weapon (usually a gun or a ranged equivalent) and abilities he or she can use to fulfill a role.

On any team, there are two tank players, two damage (or DPS) players and two supports.

Tank heroes are defined by their high health pools and their ability to create space for their team. The tanks are divided into “main tanks” or shield tanks (Reinhardt, Winston and Orisa) and “off tanks” that act as enablers (D.va, Zarya, Roadhog).

DPS are less rigid in terms of how they are divided up on a team and have the most representation in terms of available heroes in the game.

DPS are divided into “hitscan” characters, whose bullets will travel in a straight line, with precision aim required (Soldier: 76, McCree, Widowmaker), and “projectile” characters who use projectiles with varying travel velocities and angles (Genji, Pharah, Hanzo).

Finally, supports are divvied up into “main healers,” who enable the rest of the team and define a team composition’s playstyle (Brigitte, Lucio, Mercy), and “flex healers,” who are more inclined to be playmakers of the two supports through either utility, raw healing output or damage (Ana, Baptiste, Zenyatta).

Teams play a series of maps selected from a pool, with maps separated by game type.

On Control, teams fight in at least three rounds on different sub-maps to control a centralized point in the middle of the map. The first team to win two rounds wins the map. Since Control maps cannot end in a tie, they are the default tiebreaker map type.

On Assault maps, teams take turns attacking and defending two points. The attacking team attempts to capture the control points until they capture both points or time runs out.

In Escort, teams take turns pushing a payload (commonly referred to as a “cart”) and stopping the attacking team from moving the payload.

Finally, Hybrid maps start like Assault with one team attacking a point and the other defending. After the first point gets captured, the remaining two points play out like an Escort map, with the attacking team escorting a cart to different checkpoints.

Currently, the biggest Overwatch competition is the Overwatch League (OWL) run by Activision-Blizzard.

The Overwatch League is in its third year of competition and has 20 franchised teams. Teams are divided into conferences, Atlantic and Pacific, and further into divisions, Atlantic North and South along with Pacific East and West.

The top team from each conference gets an automatic berth into the playoffs as either the No. 1 or No. 2 seed. The next four teams with the best records get berths into the playoffs as well. Teams seeded seventh through 12th then compete in a play-in bracket to qualify for the postseason, bringing the total number of playoff teams to eight.

In the league, each team plays every other team at least once and plays conference teams twice for a total of 28 games. Games are played on weekends, with two cities hosting action per week (in the original plan, anyways).

The 2020 season was going to be the debut of the homestand model, where teams would take turns hosting OWL weekends at home venues. The coronavirus put an indefinite halt to all of those, but early homestands on the U.S. Atlantic coast, in New York, Washington and Philadelphia, were massive successes. For now, teams have been geographically organized by division for matches to resume online rather than in-person at an arena or studio.

The 2020 OWL season features hero bans for the first time in Overwatch history. At the end of each weekend, two DPS heroes, one support and one tank hero will be selected at random and removed from the next week’s list of playable heroes. The heroes up for potential ban will be determined by playrate. In this way, teams in the Overwatch League need to be adaptable as the game they play, and how they can approach different challenges will be constantly changing.

The Overwatch League gives out prize earnings based on regular-season and playoff results.

The inaugural season in 2018 had $3.5 million (USD) in total prize money, with the champion London Spitfire taking home $1 million for winning the season-ending playoffs. The winners of the four regular-season stage playoffs each received $100,000, and teams received payouts based on their regular-season standing, starting with $300,000 for the first-place New York Excelsior down to $25,000 for the last two teams in the 12-team league.

This season was going to see money given out for a midseason tournament, but that was canceled. An $250,000 All-Star event, previously slated for midseason, was pushed to the postseason.

Outside of the Overwatch League, there is the Overwatch Contenders league, commonly referred to as the “Tier 2” scene to OWL’s Tier 1.

The Contenders format has changed since its inception, but the core concept of regional developmental leagues has remained the same.

Most Overwatch League teams have academy teams, similar to how Major League Baseball franchises have minor league affiliates. Other Contenders teams qualify through the Open Division (Tier 3), which is where players can attempt to make a name for themselves and qualify for their region’s Contenders league or else play through small, third-party tournaments.

Teams to know include last year’s Overwatch League champions, the San Francisco Shock. With a talented young roster composed of both Eastern and Western players, the Shock’s assertive playstyle pushes teams to their limit and makes basic things such as walking out of spawn occasionally difficult.

Not only are the Shock one of the best disciplined and intelligent teams, but they have strong depth at almost every position, boasting five starting-caliber DPS players.

Players to watch on the Shock include DPS Jay “sinatraa” Won, tank Matthew “Super” DeLisi, support Grant “Moth” Espe and DPS Dong-jun “Rascal” Kim, who is known for adapting quickly to new heroes and playing a wide range of roles.

Sinatraa was the 2019 OWL regular-season MVP as well as the MVP of the 2019 Overwatch World Cup, where he, Super and Moth helped lead Team USA to a first-place finish.

The 2019 Overwatch League runners-up Vancouver Titans have a more storied history, beginning in the onset of Overwatch in South Korea. Known as RunAway, this fan-favorite team went through a couple of iterations since its inception in 2017.

Some players to watch include DPS Hyo-jong “Haksal” Kim and support Juseok “TWILIGHT” Lee, who are staples of the team. In the most recent offseason, the Titans went through a bit of a transformation, parting ways with long-time main tank Sang-beom “Bumper” Park and picking up Chan-hyung “Fissure” Baek in his place, the latter of whom is on his fourth OWL team in three years, having previously been with the London Spitfire, Los Angeles Gladiators and Seoul Dynasty.

Finally, the New York Excelsior are ever present in conversations of best team in the world. Although New York hasn’t won an Overwatch League title, its stacked roster has remained a top-tier threat throughout the years.

Support and 2018 MVP Sung-hyeon “JJoNak” Bang made his professional gaming debut in the inaugural season, where he quickly made a name for himself by posting absurdly high damage and kill numbers for a support.

Other members of the Excelsior to watch for are veteran DPS Hae-seong “Libero” Kim, who is widely regarded as one of the most flexible players in the league, DPS and captain Jong-ryeol “Saebyeolbe” Park, and two new acquisitions, off tank Hong-jun “HOTBA” Choi and DPS Seung-jun “WhoRU” Lee.

The Overwatch League can be watched live at its official YouTube channel, https://www.youtube.com/channel/UCiAInBL9kUzz1XRxk66v-gw. Previous matches can also be watched on demand on the same page. The Overwatch League has appeared on ABC, ESPN and ESPN2 in the past on occasion, but there is no indication that those appearances will continue.