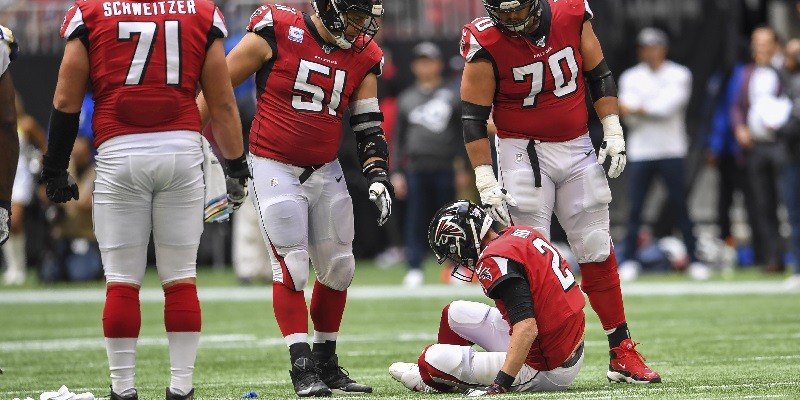 Quarterback Matt Ryan left the Atlanta Falcons’ loss to the Los Angeles Rams early in the fourth quarter with an injury to his right ankle, and he did not return.

Ryan was wearing a protective boot on his right foot after the game.

The team announced about 15 minutes after the injury that Ryan’s day was over. The Falcons, who fell to 1-6 with the 37-10 loss, their fifth straight defeat, were trailing 27-3 less than two minutes into the fourth quarter when Ryan was sacked and stripped of the ball by Rams defensive tackle Aaron Donald, who also recovered the fumble.

Ryan’s right leg appeared to bend awkwardly as he was brought down.

Matt Schaub replaced Ryan and completed all six of his pass attempts for 65 yards and a touchdown.