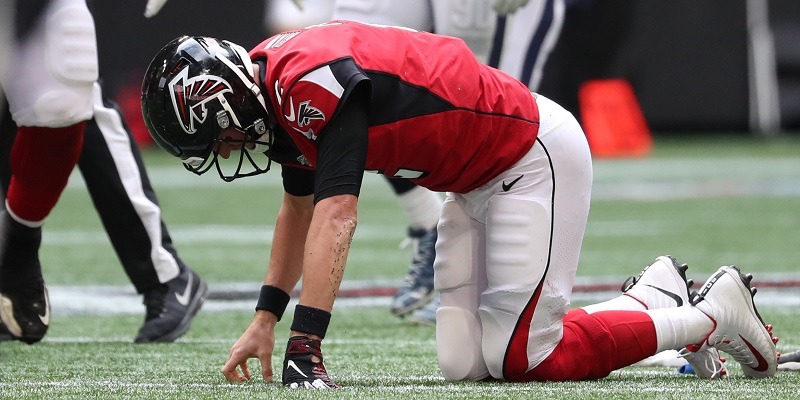 Atlanta quarterback Matt Ryan practiced on Friday but Falcons coach Dan Quinn told reporters that Ryan will be a game-time decision when Atlanta hosts the Seattle Seahawks on Sunday.

The Falcons (1-6) listed Ryan as questionable to play against the Seahawks (5-2).

Ryan sustained a right ankle sprain in the fourth quarter of last Sunday’s loss to the Los Angeles Rams. He left the game after being evaluated by team trainers on the sideline and did not return.

The 34-year-old Ryan completed 16 of 27 passes for 159 yards with no touchdowns and an interception before the injury. On the season, the 12th-year veteran is 202-of-285 passing for 2,170 yards and has thrown 15 touchdowns, tied for the NFL lead with Patrick Mahomes of Kansas City and Russell Wilson of Seattle. He has been intercepted eight times.

The Falcons will be without cornerback Desmond Trufant (toe), guard James Carpenter (knee), and running back Ito Smith (concussion) against Seattle. The status of defensive tackle Grady Jarrett (abdomen) will be determined on Saturday.