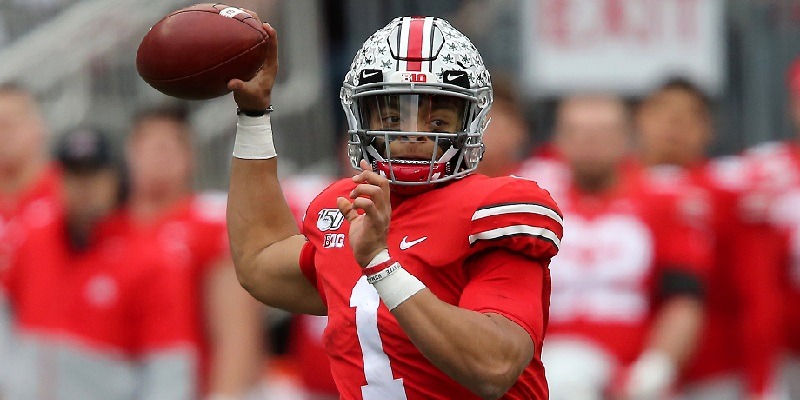 Former Georgia quarterback Justin Fields will ask the NCAA to allow him to play at Ohio State in 2019 and hopes to learn the answer within six weeks, according to ESPN.
Fields enrolled at Ohio State last week. If immediate eligibility is not granted, he will have to sit out a year under NCAA transfer rules.
ESPN said Fields has hired attorney Thomas Mars to handle his request. Mars helped six former Ole Miss players, including Michigan quarterback Shea Patterson, gain immediate eligibility when they transferred.
In the case of the Ole Miss players, Mars made the request under the NCAA rule that a player may transfer and have immediate eligibility if there is evidence that conduct of the previous school had a negative effect on the athlete. In the Ole Miss case, the NCAA had imposed a two-year bowl ban and scholarship reduction after investigating infractions.
ESPN said there has been speculation that an incident that happened at a Georgia football game last September will be cited as a reason for the transfer and eligibility request. In that case, a member of the Georgia baseball team repeatedly referred to Fields by a racial slur. The player was kicked off the baseball team.
Mars said the request runs deeper.
“Nobody who’s on social media would have a problem with Justin getting a waiver if they knew the whole story,” Mars told ESPN on Wednesday.
As a freshman, Fields played a limited role in 12 games with Georgia in the 2018 season. He was the No. 2 prospect in the 2018 recruiting class, behind Clemson quarterback Trevor Lawrence.
Playing behind sophomore quarterback Jake Fromm, Fields passed for four touchdowns and 328 yards.
Fields and Tate Martell, who appeared in six games as a redshirt freshman in 2018, are expected to battle to replace departed quarterback Dwayne Haskins as the starter.
–Field Level Media