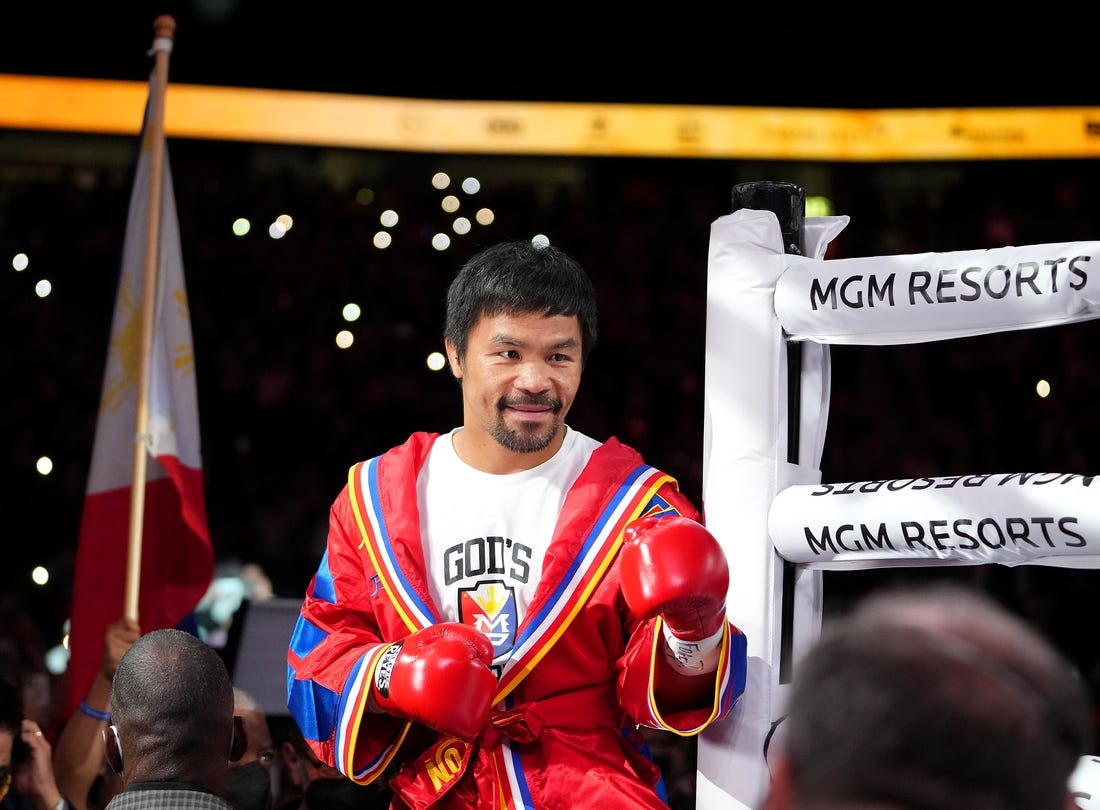 Boxing legend Manny Pacquiao is stepping away from the ring, ending his decorated career one month after his final fight.

“It is difficult for me to accept that my time as a boxer is over,” Pacquiao said in a lengthy video announcement.

“Today, I am announcing my retirement. I never thought that this day would come. As I hang up my boxing gloves, I would like to thank the whole world, especially the Filipino people, for supporting Manny Pacquiao.”

Pacquiao, 42, is a sitting senator in the Philippines and is vying to be the nation’s next president when elections are held in May.

In his final fight, Pacquiao was scheduled to fight welterweight champ Errol Spence Jr., but instead lost a decision to Yordenis Ugas. Ugas filled in on 11 days notice after Spence suffered a detached retina.

“Goodbye, boxing. Thank you for changing my life,” said Pacquiao in his farewell video. “You gave me the chance to find a way out of poverty. Because of you, I was able to inspire people all over the world. Because of you, I have been given the courage to change more life.

“I will never forget what I have done and accomplished in my life. I can’t imagine that I have just heard the final bell.”