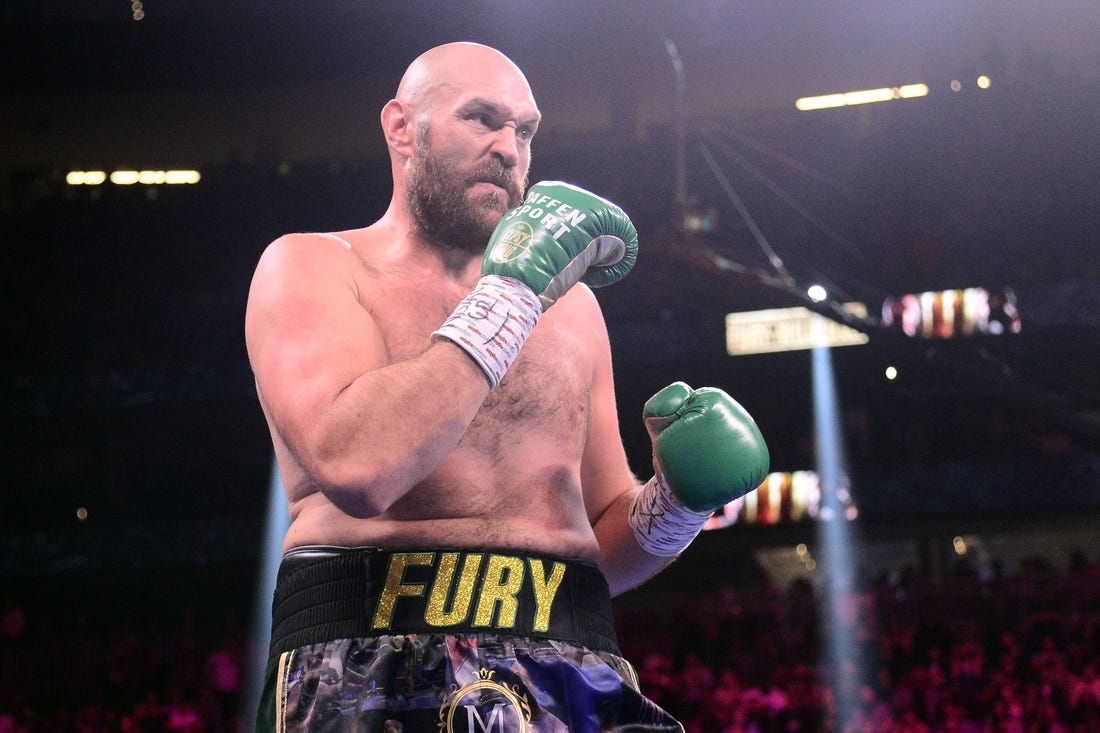 Fighting before 94,000 at Wembley Stadium, Fury floored Whyte with a crushing right uppercut to the chin in the closing seconds of the round. Whyte reached his feet but struggled to regain his composure.

Sensing that Whyte had not recuperated from the punch’s impact, referee Mark Lyson stopped the bout at 2:59 of the round. The crowd erupted into a frenzy and celebrated the England native’s second successful defense of his sanctioning body belt.

“What can be better than this, 94,000 people in a full stadium in my home country?” Fury said. “It doesn’t get better than this. We broke records in modern day boxing history.”

Before his fight-finishing punch, Fury (32-0-1, 23 KOs) had not thrown the upper-cut. Instead, he utilized his 85-inch reach to keep Whyte (28-3) at a distance until he found the appropriate opening.

“We stopped him with the jab, breaking him up with the jab,” Fury said. “I wanted to keep going downstairs with hooks to the body. At the right time I was going to bring that right through the middle.”

Throughout the first five rounds, Fury established pace and kept distance, connecting with a lead left and follow-up right to the head. Whyte found openings and scored with body shots.

In the second round, Fury continued to land with the lead left as he increased his punch activity. Fury maintained the out-put in the third as he scored with left and right combinations to the head.

An unintentional clash of heads early in the fourth, opened a cut around Whyte’s right eye. Whyte forced Fury into a corner and sought to keep exchanges at close range, but Fury adeptly clinched to avoid any fight-altering shots.

The 33-year-old Fury stopped former champion Deontay Wilder in their second of three bouts to capture the WBC title two years ago. The direct rematch ended with Fury’s 11th-round knockout win in October.