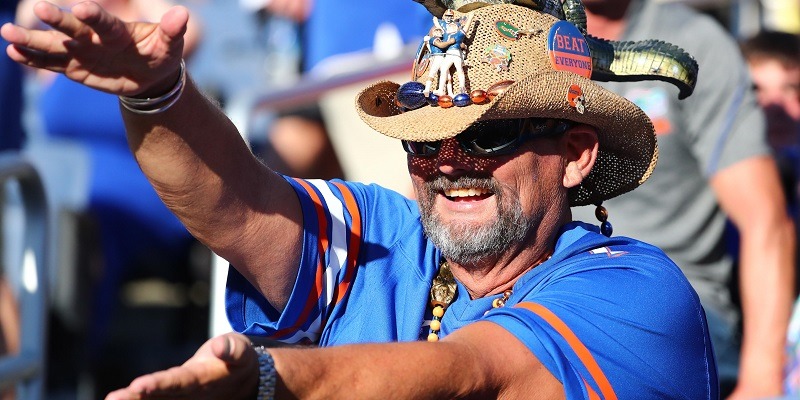 For years, a familiar sight at games in Gainesville has been the band striking up the tune and fans responding with a chomping motion with their arms and shouting “Gator Bait!”

Fuchs said the decision to discontinue the cheer is part of a university-wide review as the school takes steps to fight against racism.

“While I know of no evidence associated with our ‘Gator Bait’ cheer at UF sporting events, there is horrific historic racist imagery associated with that phrase,” he said.

According to a 2013 article posted by the Jim Crow Museum of Racist Memorabilia at Ferris State University, black babies and children were used as alligator bait during the 19th and early 20th centuries.

“While actual incidents likely were rare, images and objects showing caricatured African American children as alligator bait were widespread,” according to the post.

The museum’s article also said the term “alligator bait” was used as a racial slur.