No. 25 Miami in search of rebound vs. Middle Tennessee State 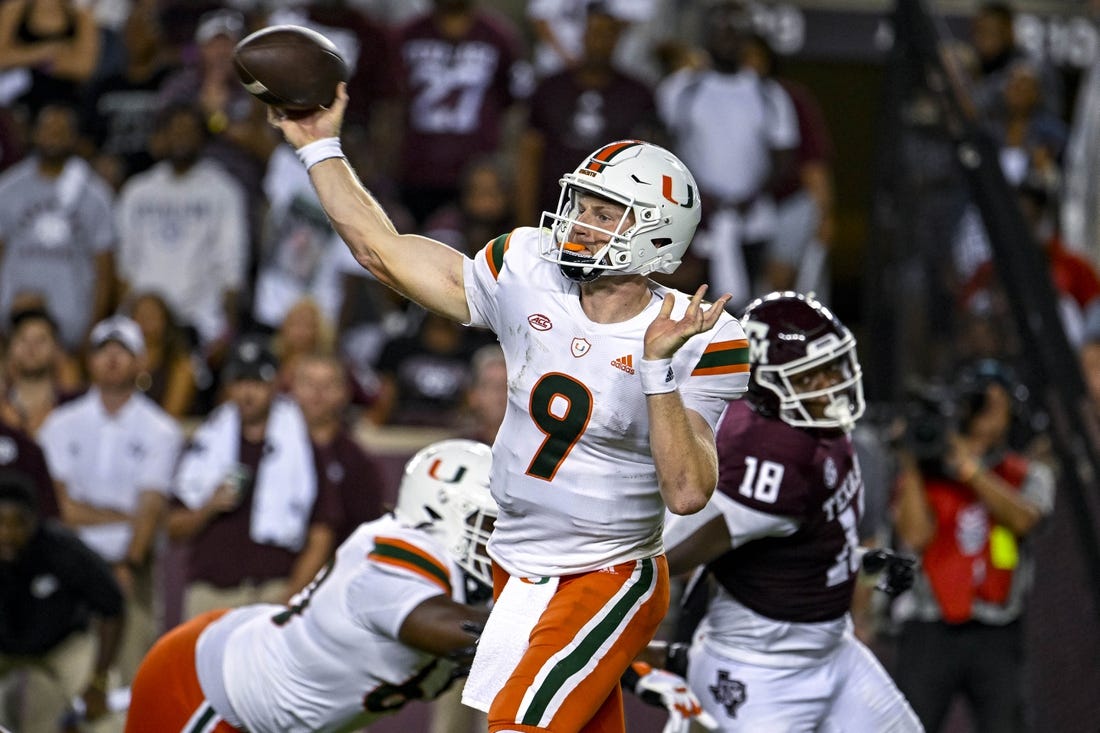 Middle Tennessee State is well aware of the daunting task ahead when it hits the road Saturday to face No. 25 Miami and its intimidating defense.

“Those suckers can fly at every position,” Middle Tennessee State head coach Rick Stockstill said of Miami. “They have a really good and talented defense. They put a lot of pressure on you.”

Miami (2-1) is coming off a disappointing 17-9 loss at Texas A&M, although it is tied for the ACC lead in fewest points allowed per game at 12.3. Hurricanes linebacker Corey Flagg Jr. and defensive lineman Leonard Taylor are in the top 10 of the conference in tackles for loss per game at 1.17.

“Our front seven, particularly our front four, put a lot of pressure on them,” Hurricanes coach Mario Cristobal said. “We made them uncomfortable. Even some of the throws they made were under duress.”

Next up for Miami is its last nonconference test before beginning the ACC schedule against North Carolina on Oct. 8.

Middle Tennessee State (2-1) hasn’t defeated an ACC team since knocking off Syracuse 30-23 in 2017, but the Blue Raiders don’t lack for confidence.

Raiders quarterback Chase Cunningham, a second-year starter, has improved his accuracy from 62.5 percent last season to an impressive 72.6 in 2022.

The Raiders, though, have not proven to be a deep passing threat. Their top two receivers, Izaiah Gathings and Yusuf Ali, are both averaging less than 8.1 yards per catch.

Top running back Frank Peasant is averaging 72.7 yards per game and 5.0 per carry as the Raiders have lost to James Madison (44-7) before beating Colorado State (34-19) and Tennessee State (49-6) the past two weeks.

When Miami has the ball, quarterback Tyler Van Dyke will be looking to redeem himself after a mediocre performance against the Aggies.

The primary issue for Van Dyke last week is that he couldn’t get the Hurricanes in the end zone. And while he did pass for 217 yards, he was just 21 of 41 in the air.

But the Hurricanes have two issues to clean up Saturday.

Without injured receiver Xavier Restrepo, Miami will look for a go-to target, with candidates including tight end Will Mallory and wide receivers Jacolby George and Key’Shawn Smith.

Meanwhile, the Raiders could have some fun plays in store for the Hurricanes.

“They’re the most aggressive blockers I’ve ever seen,” Peasant said. “Once we called that, it was an automatic touchdown.”