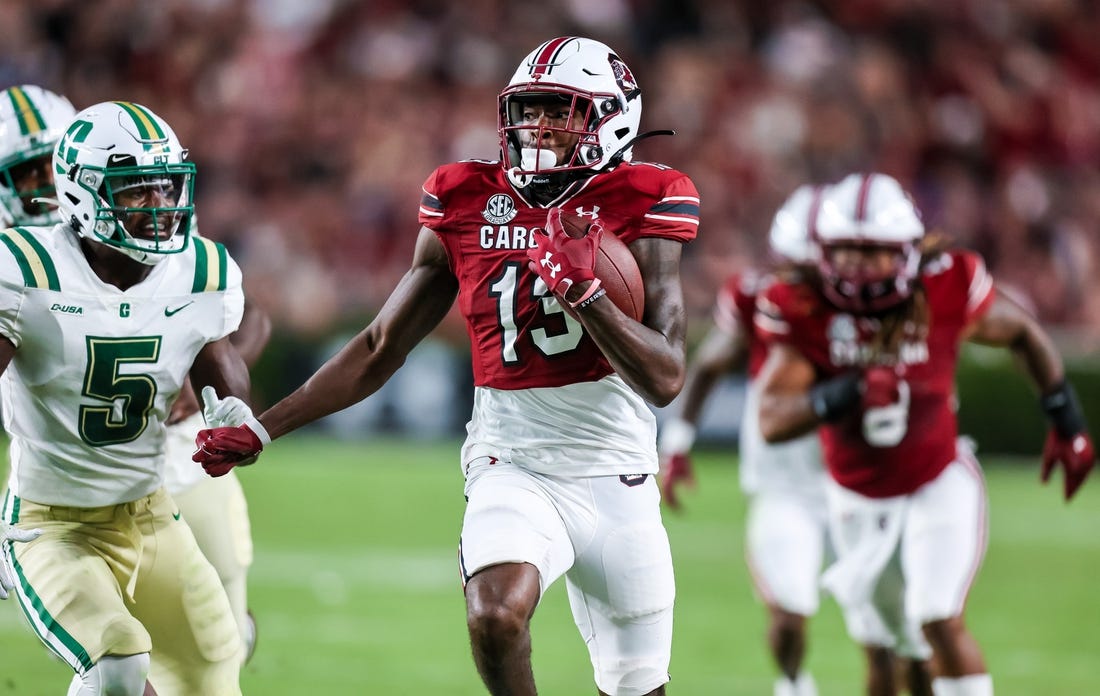 Spencer Rattler completed 17 of 23 passes for 187 yards and Christian Beal-Smith rushed for 55 yards and two touchdowns as the Gamecocks outscored the 49ers (1-4) 36-6 in the second half.

Lloyd’s rushing output was the most for a Gamecock since Kevin Harris ran for 182 in last season’s bowl win over North Carolina. His previous career best was 55 yards as a redshirt freshman last year.

After leading just 20-14 at the half, the Gamecocks (2-2) broke the game open with three third-quarter touchdowns. Lloyd scored from 14 yards out on South Carolina’s first possession, and interceptions by Brad Johnson and DQ Smith set up Lloyd’s 7-yard run and Beal-Smith’s 1-yard leap.

The outburst capped a 32-0 scoring run and put the Gamecocks up 42-14 going into the fourth quarter. Juju McDowell’s 4-yard touchdown run early in the final period following yet another pick extended South Carolina’s scoring streak to 39 consecutive points before Charlotte broke the run.

Backup quarterback Luke Doty’s fourth-quarter interception marked the first drive of the game that the Gamecocks didn’t finish a possession with points. The pick led to Charlotte’s final score on James Foster’s 35-yard pass to Elijah Spencer. Doty then redeemed himself with a 52-yard touchdown pass to Corey Rucker.

Chris Reynolds was 16-of-28 passing for 143 yards and a pair of first-half touchdowns for Charlotte before leaving the game in the third quarter following some hard hits and two interceptions.

Both teams engaged in long, time-consuming drives in the first half that resulted in just three possessions for the 49ers and four for the Gamecocks.

The 49ers had scoring drives of 13 and 12 plays that consumed 90 and 81 yards, respectively, and held a 14-10 lead before the Gamecocks wrested control.

Packers quarterback Aaron Rodgers headed to the locker room with an oblique injury with 2:03 left in the third quarter of Green Bay’s game against the host Philadelphia Eagles on…

Rams wide receiver Allen Robinson II will be on the sidelines for the remainder of the season due to a foot injury that will require surgery, Los Angeles coach Sean…