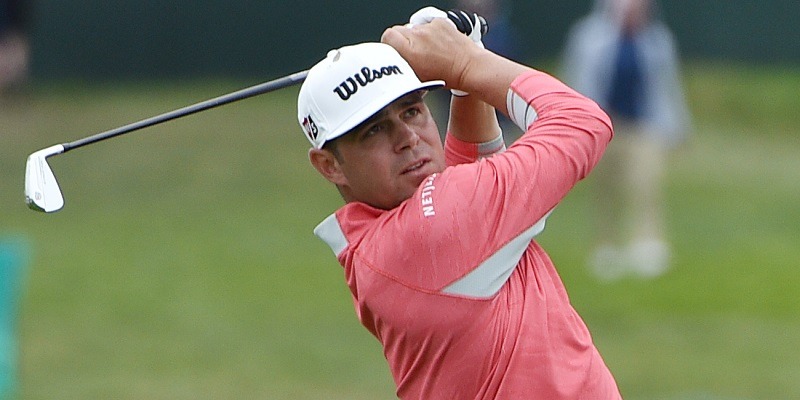 Buoyed by a late eagle, Gary Woodland shot a 5-under-par 68 to maintain his lead in the Sentry Tournament of Champions on Saturday at Kapalua Resort in Kapalua, Hawaii.
He’ll take a three-shot edge on Rory McIlroy into the final round.
Woodland, who has three career PGA Tour victories, is at 17-under 202 for the tournament.
“I have a little different mindset this week, playing a little more aggressive, trying to contend,” Woodland said. “And trying to win instead of just enjoying the views out here, which I’ve done in the past.”
Woodland cruised until a bogey on No. 12. But his long putt for eagle on the 15th hole put him back in good shape.
“I always hit my irons pretty good, but there’s some holes where I just wasn’t comfortable on the tee box, so I think I played a little more conservative,” Woodland said. “Now I feel like I can hit driver on any hole; you got to try to find a way to get it below the holes and be aggressive on these greens.”
McIlroy, an Irishman who briefly pulled even at the top, put together four birdies in a six-hole span on the front side and ended up with 68 for the round. McIlroy’s start to the round continued a trend from Friday, when he had birdies on three of the final five holes to end his second round.
“I’m driving it great. I got the new driver in the bag and now it feels really good,” McIlroy said. “Obviously, I’ve got the new putter in the bag, and that feels good, too.”
McIlroy had two bogeys in the first two rounds combined, and then he was bogey-free for the third round.
McIlroy said he’s taking advantage of playing a course for the first time, adding he doesn’t consider it a drawback.
“Sometimes knowing a golf course too well can be a detriment because you know where the trouble is and you’re focusing on the places not to hit it,” McIlroy said. “And so to be fresh at a golf course sometimes isn’t a bad thing.”
Play in the 33-golfer field concludes with Sunday’s final round.
Australia’s Marc Leishman (68) is in third at 13 under, and Xander Schauffele (68) sits tied for fourth at 12 under. Leishman made a move with four birdies on the back side. Schauffele also had four birdies on the back side, but he began that stretch with a bogey.
Bryson DeChambeau (70) is tied for fourth, but he had his worst round of the three days on Saturday.
Kevin Tway faded to 10 under after shooting 72 on Saturday. He was 2 over for the last 11 holes. Tway was the first-round leader after shooting 66.
Tway is tied with Justin Thomas (70). Thomas had birdies on three of the last seven holes to remain in contention.
Defending champion Dustin Johnson shot 69, moving to 9 under for the tournament and into a tie for eighth. He was five strokes better than a day earlier.
Johnson took a double-bogey on No. 10, then followed that with four birdies across the final eight holes.
–Field Level Media